I’ll always be of the opinion that football is the only sport in Nigeria that has the ability to unify the nation for at least 90 minutes.

Truly, Nigeria speaks football.  It is the country’s most popular sport and most unifying bond.

Gone are the days when football was seen as a sport for paupers and street urchins. Football is now seen as big business and good footballers who earn millions weekly, are now the talk of the town. 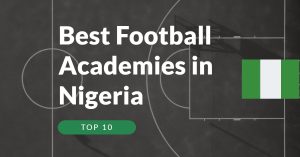 To increase the number of footballing talents being churned out by the country yearly, a number of Football Academies have sprung up and have been engaged in constantly producing young football stars.

Players who were discovered in these Football Academies have gone on to play for the Super Eagles of Nigeria and for various prestigious clubs across Europe and the world at large.

Many successful Football Clubs in Europe have academies where they groom home-grown stars. Some of the best clubs in the art include Ajax, Manchester United, Barcelona, Liverpool, Dortmund, Arsenal, West-Ham and many more.

The major issue is how to take Nigeria football to the next level so we can compete favorably with other footballing Countries seeing that our academies fall way down below what is obtainable in Europe.

The good news is that if you want to learn football in Nigeria, there are many great Academy options to choose from. Attending the best Football Academy will help you advance your professional career and launch you into the international spotlight.

The top 10 Football Academies in Nigeria are listed below.

Pepsi Football Academy is among the pioneer football academies to be established in Nigeria. It was founded in November 1992 by Kashimawo Laloko.

It secured the total backing of Pepsi in the year 1994. 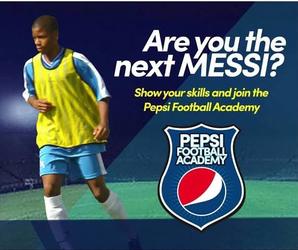 Pepsi football academy started in Lagos at Agege Stadium but has since spread its wings to other parts of the country. It now has 14 training centers across the country.

Today, the Pepsi Football Academy has over 3,000 registered students ranging in age from 6 to 18 years old and 54 coaches across Nigeria.

Interestingly, the Academy offers scholarships to its students. This initiative began in the year 2006. The Academy set up a UK scholarship scheme that awards scholarship players. The first recipient was Michael Oluwatosin.

Football stars such as Mikel John Obi, Joseph Akpala, Elderson Echiejile, Taiwo Awoniyi and many more were discovered in the Pepsi Football Academy.

How to register in Pepsi Football Academy

If you want to join the PEPSI Football Academy, you will need to provide certain documents. The original birth certificate, applicant passports, and medical reports are among the documents required.

The Football College Abuja, founded in 2012 by Mr. Gabriele Volpi as a Corporate Social Responsibility initiative, is a private organization. 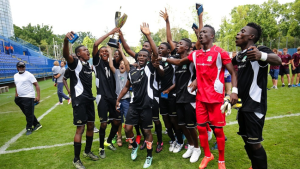 It is open to young and budding footballers between the age of 11 and 17 years old. The football academy aims to build football talent and artistry as well as give youngsters a strong start to developing a solid career as a footballer.

FCA has a state-of-the-art training facility and a highly qualified coaching staff.

It was established as a Corporate Social Responsibility initiative by Orlean Invest LTD and is dedicated to developing young boys with football talent, especially those from financially challenged backgrounds, in the field of education and total football immersion.

The Academy is well-funded and has some of the best footballing prospects under its ranks. FCA is headed by Gabriel Newton who was a FIFA Licensed instructor in partnership with Haruna Abba.

Football College Abuja was the winner of the MladenRamljak International youth club football tournament held in Croatia in the year 2018.

Players such as Sadiq Umar and Nura Abdullahi are two Football college Abuja graduates who play in European club Roma. Other graduates have also found their way to the ranks of top European clubs.

How to register in Football College Abuja 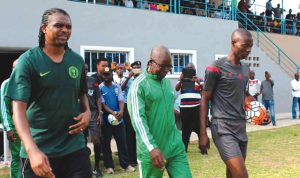 He started the academy in a bid to give young football talent a level playing field and all the best footballing facilities he never had as a kid growing up.

The most notable graduate of the Papilo football academy is Joel Obi who plays for Inter-Milan in Italy and Stanley Okoro of Battista, who is nicknamed ‘Little Messi’. Many other graduates from PFA have made their way to play in Europe.

Kanu uses his tight connections to bring in top International coaches like Bryan Robson, Gary Smith and others to coach the students on short courses. The academy has over 200 players in Nwankwo Kanu’s private estate at Egbu, Owerri Road.

Kanu is also reportedly said to be building one of the biggest football academies in Africa and the academy is open to Under 15, under 17, under 19 students.

Papilo Football Club got promoted to the National League from Nationwide One in 2016.

How to enroll at Papilo Football Academy

The admission form for Papilo Football Academy costs #12,500 only.

Midas Football Academy Nigeria was formed in November 2006 to discover young soccer talents in Nigeria and the rest of Africa. Its goal is to train and produce young, quality and talented footballers who can go on to become world-beaters. 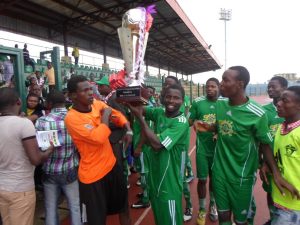 The academy is duly registered and affiliated with the Nigeria Football Federation and Lagos state Football Association.

Midas Academy has some of the best football training facilities which help in the pursuit of its mission.

MFA has participated in international youth tournaments in South Africa, Germany, Denmark, Israel, and in a local tournament in Nigeria.

How to enroll at Midas Football Academy

The signing fee cost ₦ 77,000 only. Offer is made up of the following:

Phildan Football Academy is a quality football academy that focuses on training and bringing the best out of young footballers within the age bracket of 8 to 28 years of age. 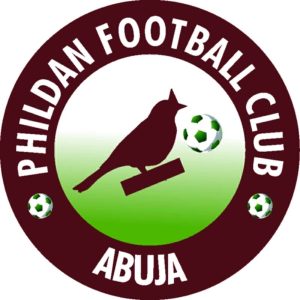 Their mission is to ensure that every young footballer who is willing to showcase their talent is given the opportunity to reach their full potential.

Phildan Football Academy was founded by Chief Philip Orjiako in the year 2014, out of his sheer passion for Youth Development through Sports.

Phildan Football Academy claims to be in contact with top football scouts all over Africa and Europe who can help take their graduates to top football clubs around the globe. 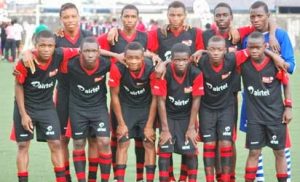 Just like most quality Football Academies around the world, the mission of Edo State Academicals is to nurture young football talents into becoming world-beaters.

The Edo State Football Academy seems to have achieved its mission when one of her prospects was named the most valuable player at the 2013 Under-17 World cup and later got signed to English premier league side Manchester City.

That player is no other than Kelechi Iheanacho, who now plays for Leicester City in England. Isaac Success who plays for Watford in the Premier League is also a graduate of Edo State Football Academy.

FCBESCOLA is Barcelona’s own Football Academy in Lagos, Nigeria where kids between the ages of 5 to 18 years can get admitted by paying their registration fee. 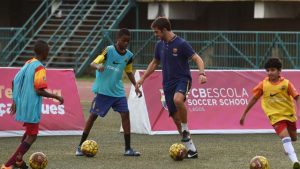 The registration form fee for FCBEscola is #13,500.

Kwara Football Academy (KFA), an initiative of Former Kwara State Governor, Dr. Bukola Saraki, was established in 2005 by the President of the Confederation of African Football (CAF), Issau Hayatou, to discover and develop young soccer talents in Nigeria and throughout Africa. 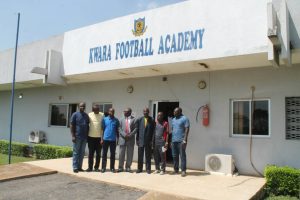 The academy’s focus is on skill development. It is open to all regardless of place of origin.

Ashworth has managed many professional teams in Europe including Dynamo Kiev and FC Peterborough. The academy currently has seven coaches who are all former international football players with coaching certificates.

The academy currently has over 150 students and accepts young talented footballers between the ages of 10 – 20 years. 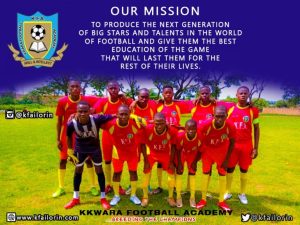 Siaone Soccer Academy (SSA), Abuja, was established by the former coach of the Super Eagles, Samson Siasia. The academy aims to develop young elite footballers, who will go professional players in and out of the country. 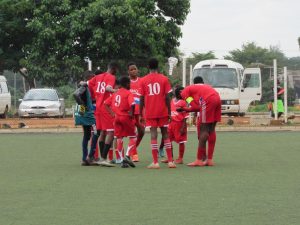 The Samson Siasia Foundation’s objective is to uplift the human spirit through soccer and sports. To give a chance for anyone that once played a CHANCE TO PLAY AGAIN.

The academy offers youngsters an opportunity to realize their passion for the sport, with a chance to participate in competitive, local and international tournaments.  SSA also provides coaching Programmes around the country at satellite sports venues, delivered by highly qualified coaches.

The International (Sports) Academy (TIA) is Nigeria’s first and only multi-sports secondary school for young boys and girls who are interested in, talented in, and passionate about sports. Chief Segun Odegbami (MON), an ex-international football player, sports analyst, administrator, and author, founded TIA in 2007.

The school has a 6-year curriculum (JSS1 – SS3) in which students have the opportunity to participate in a quality academic program as well as a quality and intensive athletic program of their choice in preparation for life as a student-athlete in college or normal further education.

The above-listed football academies are some of the best in the country, although we have a few other soccer academies that are also doing great in grooming football young talents in the country.

Learn All About Becoming a Professional Footballer in Nigeria

Lionel Messi House in Barcelona: Everything You'd Want to Know

bblog
I’m sure you want to know Wiz Khalifas net worth right? If yes, then read on because you…
bblog
With approximately 210 million people, Nigeria is Africa’s most populous country. Many of these people, however, experience hardship…
bblog
Baecation Spots in Nigeria… If you are looking for a serene and beautiful place to go on vacation…
bblog
UCT Mastercard Foundation Scholars Program Mastercard Foundation is partnering with the University of Cape Town (UCT) to oversee…
bblog
Are you among the people that will be sitting for the 2021 NABTEB examination? If yes, then this…
bblog
100 Rib-tickling SpongeBob Squarepants Memes: Are you a fan of the SpongeBob Squarepants Nickelodeon show? You will definitely…