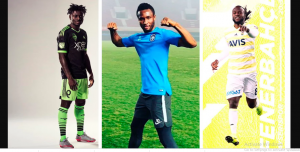 Note: Their Net worth is not only based on their football earnings but on other endorsement deals and investments of the footballers.

It’s no longer news that football is the singular sport with high popularity in the world. Billions of people across the globe at least have a fair knowledge of football, while hundreds of millions of people are ardent followers of this sport. The huge pay that footballers enjoy is a result of this huge fan-base that the game enjoys.

Below is the list of the top 10 richest African footballers in 2021 and their net worth, starting from the least on the list to the highest. 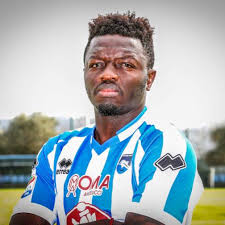 The Ghanian soccer star, Sulley Muntari started his football career professionally when he appeared in a youth tournament, where his performance enabled him to move to Ghana’s U20, from where he later moved to the National team of Ghana-the Black Star.

His skills has earned him the surname ” Bad Boy Muntari”. However, his successful career in football placed him on Number 10 on our list with a total net worth of $5 Million.

This successful African player has played for many European clubs like Deportivon De La Coruna in Spain, Portsmouth, Milan and some other notable clubs around the world.

9) Christopher Samba – Net Worth: US $7 Million 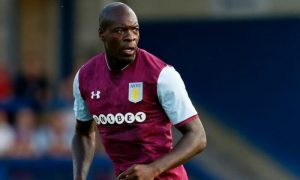 The second on the list of the richest African players in 2020 is the young Congolese defender Christopher Samber. At the moment, he is among the richest players from African descent, with a whopping net worth of US $7 Million.

It is pertinent to say that the bulk of his wealth comes not from his football salary alone, but from his endorsement deals with Anzi Makhachkala where he earns $160,000 on a weekly basis. He has played for many European football clubs like Hertha BSC, Blackburn Rovers, and Dynamo Moscow. 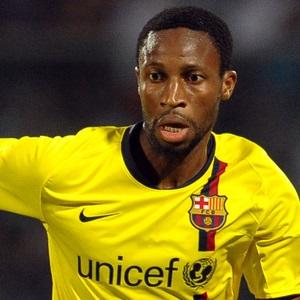 Seydou Keita was born in Mali in 1980. He started playing football professionally at age 17. At age 20, he joined the Malian National team and has since appeared in about 7 African Cup of Nations tournaments. Keita is among the most versatile players in the world, as he can comfortably play both as a central midfielder and as a defensive midfielder. 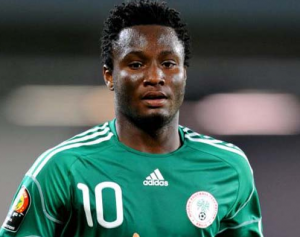 Mikel Obi is among the best Nigerian footballers and one of the highest paid African footballers in 2021. His football career has been a colossal success.

Due to his football skills, many leading football clubs the world over often seek to sign him up. Hence, he has played for some international clubs like Chelsea, Norwegian side Lyn Oslo and currently playing for a Chinese club Tianjin Teda.

It’s also pertinent to say here that his football career started when he was 16 in Enyimba’s football club of Aba in Nigeria. His success in this club paved the way for him to be signed to play for Nigeria’s National team-The Super Eagles Of Nigeria

This seeming successful career has placed him on a net worth of US $30 Million. Most of his wealth comes from endorsements and personal investments in real estate. 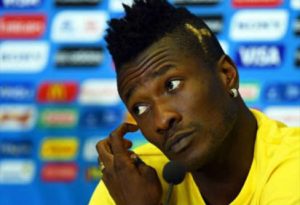 Gyan started his career at Liberty professionals. In 2003 at Liberty Professionals, Asamoah Gyan scored 10 goals in 16 games in the Ghana Premier League. He still plays for the Ghanian National team. This became the genesis of his global demand and success.

Due to the above success, he has played for many notable football clubs globally, including Udinese, Rennes, Al Ain, Shanghai SIPG and now plays for Turkish outfit Kayserispor.

However, his current net worth is about US $31  Million. This colossal sum comes majorly from his many businesses in Ghana like Baby Jet Promotion, Mama Vits Noodles, And Rice and also from real estate investments. 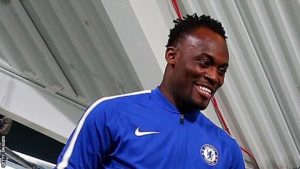 Michael Essien. Born in 1982, this physically strong player has played for the Ghana National Team over 50 times and his net worth is 35 million US dollars.

He is popular for his ability to energetically support defensive and offensive play and for his tough and powerful tackling play style that has earned him the nickname of ‘The Bison’.

In his football career, Michael Essien has represented various clubs including French sides Bastia and Lyon, Chelsea, Real Madrid, AC Millan and others and he is currently representing Free Agent club. 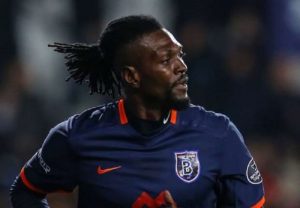 The all-time top scorer from Togo is one of the richest African footballers and has benefited from numerous lucrative contracts at the richest clubs in England.

Emmanuel Adebayor plays as a striker for the Turkish club Istanbul Basaksehir. He has played for Manchester City, Arsenal, Crystal Palace and Tottenham Hot spur in the past. In 2008, while playing as a member of Arsenal, the talented player was voted as the African Footballer of the Year. He is currently the all-time top goalscorer of Togo with 31 goals.

While at Manchester City, Adebayor got a salary of $268,000 per week. The player is known to have indulged in charity causes. He has initiated many projects in Togo and across Africa and the SEA foundation that implements different welfare projects across the continent. Emmanuel Adebayor is one of the greatest footballers in the world with a net worth of about $45 Million. 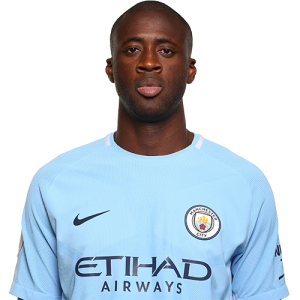 Yaya Toure is obviously among the highest-paid footballers in the world, and one of the finest African players with global recognition.

He is also recognised as one of  Côte d’Ivoire’s ‘Golden Generation’ in football. He was an important player in the Barcelona team that won the Champions League in 2009 and is currently the engine room of Manchester City’s team.

He earns a reported $15million a year to reinforce his status as one of the world’s best, with an estimated net worth of US $65 Million to his credit. 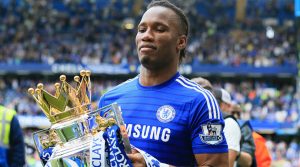 Didier Drogba’s enormous fortune is impressive, considering the Ivorian didn’t earn a big move until his 2004 transfer to Chelsea at the age of 26. Since then, however, the Chelsea legend has signed a number of lucrative contracts.

At the height of his powers at Chelsea, he was paid $170,000 a week, a figure dwarfed however by the staggering $325,000 he earned in his short spell at Shanghai Shenhua.

He also earns $5.2million a year at Galatasaray, however with a number of lucrative sponsorship deals his actual earnings a year are far more. his currently playing for Montreal Impact in the MLS and he earns over $6 million per year. However, his current net worth is estimated to be US $90 Million at the moment. 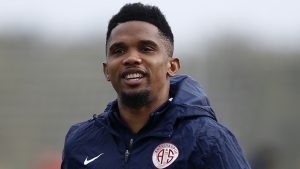 The man that won the record for African Player of the Year Award tops the list for the continent’s richest player. Eto’o was in fact once the highest paid player in the world during his spell with Anzhi Makhachkala, bringing in a whopping $25millon a year.

Goal.com has tagged his net worth at $118 million (£70m), but due to his extravagant lifestyle and his donations to several charity organizations, we put the net worth at $95 million.

Haven looked at how super-rich our African brothers have become, it will not be difficult to know why a lot of young kids now decides to skip school just to go acquire some football skills, with the hope of playing professional football someday.

However, not everyone eventually makes it to the professional stage though. Yet some of our boys are still making us proud in this regard.

Do you want to join this group of persons? know that it doesn’t come without a price. Work towards it, and perhaps one day, I will be including you in our list of richest African players.

This is the updated list of the top 10 African richest players. If by any means you don’t agree with any of the rankings, please feel free to inform us by using the comment section down below. How about using the share button to share this article with your friends and family members? Remember, the information they say is power. Thanks for that.

bblog
Sean Terry is one of the most successful real estate coaches in the world. He is the CEO …
bblog
Lizzy Greene Net Worth… Here on this page, you’ll not only see the net worth of Lizzy Greene,…
bblog
Sterling Bank WhatsApp Banking: For some days now, I’ve been updating you on banks that allow you to…
bblog
Do you want to join the All Progressive Congress, APC? Do you have a strong interest in politics?…
bblog
Popularly known as KFC, Kentucky Fried Chicken is a fast-food restaurant that is widely known for its buckets…
bblog
The human mind is complicated and enigmatic; it operates in ways that we cannot truly understand. Understanding how…