Charles Michael Davis is a black American actor. He is popular for his performance in the supernatural drama series The Originals. He played Marcel Gerard in that series. Charles David’s date of birth is December 1, 1984. 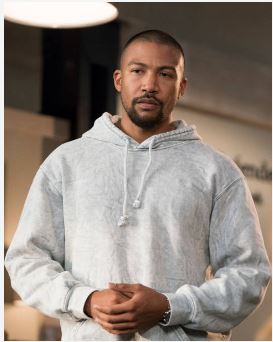 Davis spent his childhood days in Dayton, Ohio. He is an alumnus of Stebbins High School located in Ohio. He also got a university degree from Miami University. He is an African-American. He also traces his ancestry from Philipines. His dad hails from Kentucky.

He began his career as a model working with Jake Lang at an Ohio’s Modelling agency. Charles Michael Davis also took part in an event by the Actors, Models, and Talent for Christ. He has collaborated with Nike for modeling and advertisement gig.

Charles Michael Davis has starred in several remarkable televisions series, like Grey Anatomy, That’s So Raven, and Switched at Birth. He played the role of Kwan Kirkland in the mini-series The Game. Kwan Kirkland was based on a real-life quarterback.

Davis was revealed as one of the major characters in the supernatural series The Originals in 2013. The Original is based on The Vampire Series. It follows the original family in their migration to New Orleans, where Davis’ cast role is the leader.

Charles Davis also starred in season 4 in the comedy series Drama in 2018. He became a major character in the 5th season.

Charles Davis was a lead character of NCIS: New Orleans. He was cast as Quentin Carter, a fresh assigned NCIS officer in 2020. In Kygo’s remix of 1984 pop, he also appeared what’s love got to with, originally sung by Tina Turner.