Riddles are creative quiz that broaden the intellect, but perverted riddles comes with wit, sexual flame, humor and fun. This list compiles the The Funniest Perverted Riddles On The Internet. 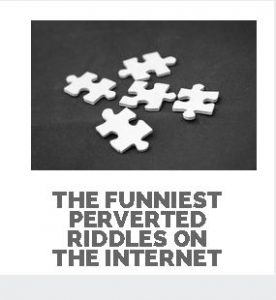 Q: What is long, hard and stiff, is used inside a warm, wet place, and gets moved back and forth for the best effect?

Q: What goes in hard and pink but comes out soft and mushy?

A: Bubblegum — and you should be ashamed of yourself.

Your finger fits right in it. You play with it when you’re bored. Once you’re married, you’re stuck with the same one forever. What is it?

Ans: A ring! Get your mind out of the gutter!

You play with it at night before bed. You can’t be seen fiddling with it at work. You only let very,very special people touch it. What is it?

Ans: A cuCUMber. Haha, got you.

What does every woman have that starts with a “V” and that she can use to get what she wants?

Ans: Her VOICE, you sexist asshole.

What goes up, lets out a load, and then goes back down?

Ans: An elevator. You’re a disgusting human being.

What do men keep in their pants that their partners sometimes blow?

Ans: MONEY. Your mind is basically a citizen of the gutter.

What’s made of rubber, handed out at some schools, and exists to prevent mistakes?

People think these are better when they’re longer, but short ones can be really powerful, too, and there is totally such a thing as TOO long. What are they?

Ans: 140 characters is not enough to express how gross your imagination is.

What’s most useful when it’s long and hard?

Arnold Schwarzenegger’s is really long. Michael J. Fox’s is really short. Mickey Mouse’s isn’t human. Madonna doesn’t have one. What is it?

Ans: A last name. Did you really think… Oh my god.

If you put three fingers into these holes, it’s gonna be a shocker. What am I talking about?

Ans: A Power Outlet. Because That Would Give You An Electric Shock. Dont’t do it.

What starts with “p” and ends with “orn” and is the hottest part of the movie industry?

It’s fun to do, but you hate knowing your parents do it, too. What is it?

Every man has one, some are big, some are small. Blowing them feels great, but they drip if you aren’t careful. What are they?

Ans: Noses. They’re noses. Why would you even think… Ugh.

What gets longer when pulled, fits between breasts, slides neatly into a hole, has choked people when used improperly, and works best when jerked?

What’s white, gooey, sticky, and better to spit than to swallow?

Ans: Toothpaste. Dental hygiene is so important. You sick freak.

What gets wetter when things get steamy?

Ans: Steam boats! An integral part of the evolution of marine travel!

They’re powerful and fun, especially when you put your fingers in them. What are they?

You get a lot of it if you’re important and successful, you get less when you’re just starting out. You sometimes do it with yourself if you need to, but it’s a lot better when it’s with other people.

What’s beautiful and natural, but gets prickly if it isn’t trimmed regularly?

Ans: Grass. Like, on a lawn. Your brain is such a nasty place.

What’s messy and difficult to clean up after sex?

Ans: FEELINGS. Yeah. Bet you feel like a dick now. 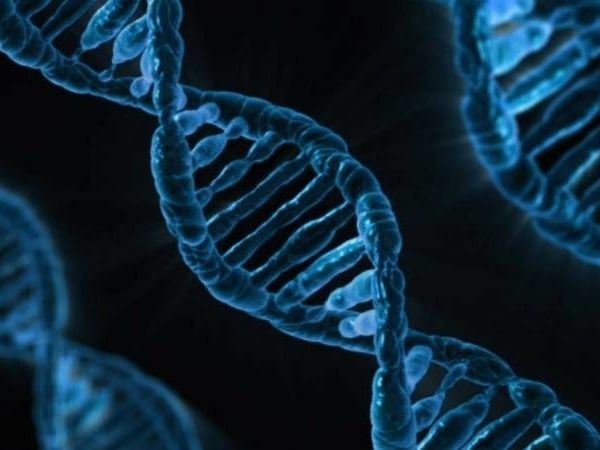 What Does DNA Stand For

Who Was Abraham’s Father?

What does Gif stand for