The name of Chance the Rapper’s wife is Kirsten Corley. She works as a model and fashion personality,

She was born and raised in Chicago, where she met Chance the Rapper and has been involved in his musical career since its inception. Sometime in 2013, after the success of his mixtape “Acid Rap,” they started dating.

The couple welcomed their daughter, Kensi, in September 2015. But by December 2016, the young rapper and his wife had chosen to keep her off social media.

Soon after, Corley and Bennett experienced their fair share of relationship issues, which led to a brief separation. Bennett was ordered to pay Corley’s child support in court in May 2016.

In March 2017, the case was ultimately settled outside of court. Since then, they have reconciled, became engaged in July 2018, and tied the knot in March 2019. 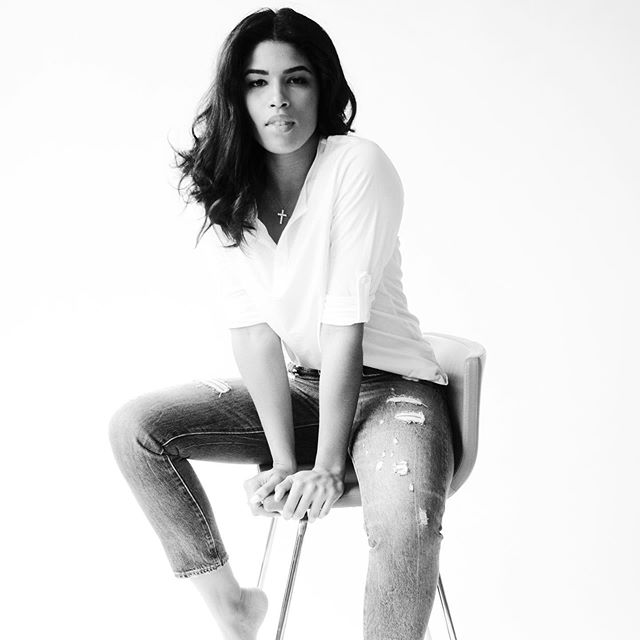 Kirsten Corley’s date of birth is May 31, 1993. Her home town is Chicago, Illinois. Her family and formative days are largely unknown. She and Bennett have been friends since they were teens and have experienced life together. It is unclear if she studied at Jones College Prep High School, where Bennett was a student, despite reports claiming they were childhood sweethearts.

Corley is a private person. She and Bennett have tried to keep their professional and private lives separate.

She has reportedly done some modelling. She participated in an editorial shoot in 2014 and donned an oversized white t-shirt and a boxy red hooded jacket from Alexander Wang’s Autumn/Winter line.

Relationship With Chance the Rapper

After years of friendship, Corley and Bennett began dating in 2013. Chance, the rapper, was already recognized as one of the most gifted and promising singer-songwriters in his genre at the time.

He collaborated with artists like Childish Gambino, and his mixtape “10 Day” (2012) attracted a lot of public and press attention. He released “Acid Rap” in April 2013, and it was a huge success. He and Corley began dating shortly after that.

Bennett made the announcement that they were having their first child two years later, in July 2015. Their daughter, Kensli Bennett, was born in September 2015.

They chose not to post any of her photos right away on social media, though; her first image surfaced on Bennett’s Instagram account on December 31, 2016. Corley and Bennett learned that she suffered from ventricular arrhythmia at the time of her delivery.

According to Bennett, the event caused him to reassess his religious views. He was raised a Christian, but he eventually lost faith. He found his faith again as because of the situation of his daughter.

During this time, Corley and Bennett’s relationship was experiencing problems. They finally began living apart because things became so awful. Corley contacted the court in May 2016 to request that Bennett be recognized as the child’s father, be granted sole custody of Kensli, and be ordered to pay child support.

The matter was reviewed in February 2017 to try and reach an agreement between Corley and Bennett over the terms of child support and a visitation arrangement. They weren’t sharing a home at the time.

They later reconciled after the issue was finally resolved outside of court.

Bennett proposed to Corley in 2018 at a party on the Fourth of July, getting down on one knee. Bennett encouraged their daughter to join them after she replied, “yes.”

Later, a social media user leaked a video of the proposal, which is now viral.

Bennett wished her a happy birthday on Instagram and described her as his oldest and best friend, saying she is the reason for all the good things in his life. Corley and Bennett reportedly had a civil ceremony on December 27, 2018, at the Cook County clerk’s office in Chicago to formally register their union.

The open wedding was held on March 9, 2019, in the late afternoon at the magnificent Resort at Pelican Hill in Newport Beach, California. Corley looked stunning in a white Galia Lahav sleeveless dress, while the groom looked dapper in a white tuxedo with a black bow.

They were both overshadowed by Kensli, who dashed down the aisle to steal a hug from the bride and groom.

The hardworking mother of two has earned some money over the years. According to reports, Chance the Rapper’s wife is worth approximately $150,000.

Corley is a beautiful woman who is the wife of a famous American. She is active on social media, which is not surprising. The mother of two has 105k Instagram followers.

Kirsten Corley is the wife of popular rap artist Chance The Rapper. She is a powerful black woman who has supported her husband throughout their relationship. She runs her own business and is the mother of two stunning girls.

AArticle
Birthday Wishes for my Daughter Inlaw – This is a compilation of some sweet and lovely birthday text…
AArticle
2022 Air Cargo Business Startup Guide: How to start an air cargo business, how to make money from…
AArticle
The eNaira is a digital version of the Naira that also acts as legal tender issued by the…
AArticle
Jorge Garcia’s Bio – If you are a fan of Hollywood movies, you would know that movies featuring…
AArticle
When it comes to making big decisions in life after college, such as buying an apartment or requesting…
AArticle
Wedding Dress Colour Meanings #Which Colour Suits My Wedding Day When brides are struggling to pick colours at…