Are you still in the NYSC orientation camp? Have you just been posted to your local government area? Do you wish to know which NYSC CDS group you might like to enter?

Then this article is a continuation of the previous article 40 NYSC CDS GROUPS – How Many Do You Know? would be very enlightening to you.

Today we want to get through with the rest of the list of CDS groups in NYSC and give some little detail about them. This might not be an exclusive list of the CDS groups as I mentioned earlier.

If there is more to the about 40 listed NYSC CDS groups I would not fail to bring them in other articles. 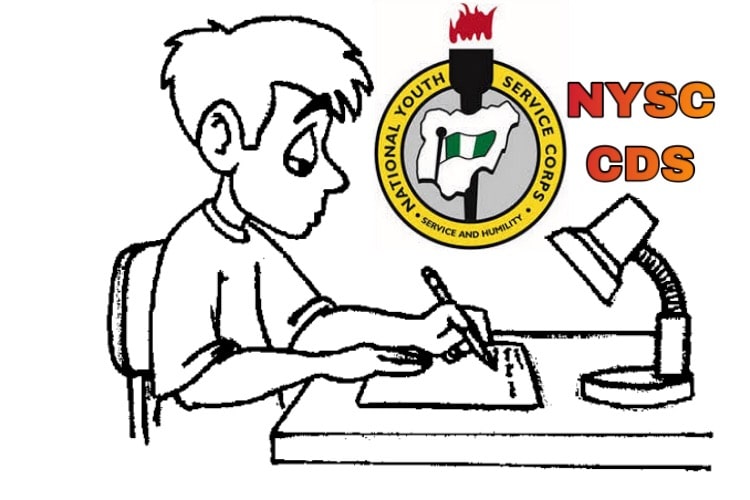 So here we go again with the remaining alphabetical list of the CDS group and some explanations about them.

This CDS group supports the efforts of LAWMA in keeping our society green and clean. They are actively involved in taking sanitization exercises around their communities and educating them on how to use modern ways to renew and reuse disposals.

The Millennium development CDS is a partnership with MDG in trying to achieve its goals of eradicating extreme poverty and hunger, achieve universal primary education, promote gender equality, child morality, improve maternal health, to combat HIV/AIDS, malaria and other diseases, ensure environmental sustainability, and develop a global partnership for development.

The students who study medicine usually fall in this CDS group. They really enjoy a lot of benefits; or rather that is what I heard. They also find ways to volunteer to treat the community when possible and to educate them on some useful health matters.

MEND – Movement For The Emancipation Of The Niger Delta.

Like their originator’s corp members in this group are involved in trying to expose the exploitation and oppression of the Niger Delta. This they do through organizing seminars, public awareness programs, and things like this. This CDS group is normally found in Delta state

Most corp members who find themselves in this group usually are picked all the way from the orientation camp. They seem to be a lot of fun in this CDS as they are always playing, singing, and merry around with a lot of singing and playing of instruments.

This is the anti-corruption group of NYSC. They are involved in sensitizing and educating the community on the effects of corruption. Though they are much like the ICPC CDS group, they don’t have a direct link with the ICPC body.

In an attempt to achieve more success in fighting unauthorized production and distribution of drugs NAFDAC has partnered with NYSC to see that those corp members involve in educating and sensitizing the community on the effects of such illegal and unhealthy drug dispensation actions.

This CDS group believes that there can be a drug free society and they show this by encouraging, educating, and informing the youths and others in their host community on the dangers, and ways to stay free from drugs.

This CDS group is another group of human kindness in display. The corp members tend to be available in times of emergency to help distressed, stranded, homeless and helpless victims of such accidents.

The NYSC foundation is much like a charity organization with an interest to identify and donate to the needs to their host community in the form of clothing’s, provisions structures and others.

This is largely involved in matching parade right from the camp and into their place of assignment. They are usually selected from the camp and selected to the city area which makes it possible for them to continue their marching skills.

The PET CDS group works hand in hand with UNICEF, SFH, FHI and other national and international stakeholders to train, re-orient and enlighten their host community to be alert against the deadly virus, HIV.

This CDS group is involved in educating, sensitizing, and carry out practical activities to build and maintain areas of the community’s physical buildings and structures.

The publicity CDS group serves as the press house of NYSC. In each state, they tend to report activities around them on corp members for the publication of their yearly magazine, and other media coverage. The group mostly involves corpers that joined the OBS in the camp.

The Red Cross CDS group is known for educating and sensitizing the people in their host community on how to treat and take care of people involved in accidents before taking them to the hospital. This first aid help involves teaching how to use simple things around them like salt, spirit and they like to treat the patient.

This CDS involves any activity intended to increase sanitation and it awareness to their host community. It can really be painful for a corp member the host community is a dirty type and they have to clean.

The SERVICOM NYSC is a CDS group built on inculcating in youths the SERVICOM principles which include emphasis on professionalism, accountability, staff attitude, complaints handling and timely delivery of service which are important skills in the employment place.

This CDS group is entitled to create awareness on sickle cell in schools, homes of the host community. This is in a way to reduce the stigma attached to sickle cell persons and in general to develop a sense of responsibility towards the well-being of people in their community.

The sport CDS group involves the collection of corp members who showed excellent sporting skills in the camp. They usually travel here and there during the service year to play sport competitions against corp members in another state.

This CDS group is usually created to bring about drawing attention to some of the tourist areas in the state to the general public. That would then mean that corp members in this CDS group would find themselves enjoying free site seeing in the state.

This CDS group is involved in educating its host community on the ways to identify, avoid and deal with people involved in women trafficking. They are also involved in assisting victims of such acts financially, emotionally, and otherwise.

We have come so far readers. I hope you have enjoyed this article. I guess with these you would be boasting about “HOW MANY NYSC CDS GROUP DO YOU THINK YOU KNOW” now…haha

They are still more NYSC related articles coming up daily here on www.awajis.com/nysc I hope you will keep coming and we would appreciate it if you share it with your friends too.

I wish you a beautiful day.