The question about the authenticity of the WWE is as perennial as WWE existence. The fact is that World Wrestling Entertainment is fake, just like any movie.

It is full of theatrics, gimmicks, and make-believe. Pro-wrestling is a widely popular entertainment show in many countries.

Its popularity peaked in the early 90s. One feature of pro-wrestling is planning. Everything, ranging from the wrestler’s demeanor, his matchups and skills to his ring performance and speech are planned. 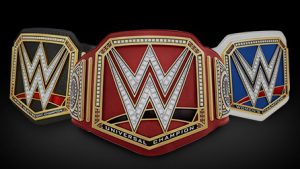 Things that are faked:

1. The match duration, main moves, finishing moves and outcome are predetermined The major events of a match are planned and discussed beforehand, and so is the outcome.

Some major events are definitely planned; for instance, someone might interfere in a match just as the bad guy or “heel” is about to lose.

The duration of the match is also predetermined, and the time is kept by the referee. If you time the matches on, say, WWE, you might notice that there are, broadly, 5-, 15-, and 25-minute matches.

2. The referee is not just a neutral bystander The referee keeps track of time and tells wrestlers when to wrap up a match.

He also helps communicate things between wrestlers and assists in the overall story by “accidentally” getting bumped into during the course of a match, so that the bad guy or “heel” can cheat.

Sometimes, when a wrestler wants things to get a bit bloody, the referee may slip a razor to him to cut himself (and collect it back later).

At the same time, the referee needs to keep within the illusion of rule-keeping (disqualifications, count-outs, pinfalls).

Lastly, the referee has the full discretion to stop a match if one of the wrestlers is seriously injured, and he has to balance this discretion with the show’s need to follow the scripted narrative.

3. Much (but not all) of a wrestling match is spontaneous. Wrestlers “call spots” to each other (i.e., instruct each other about moves they will give or want to receive). Usually, this is discreet, though occasionally one might be able to hear or spot it on TV.

4. Selling or exaggerating moves. Some moves, like the “stunner” and the “cutter,” are not particularly painful for the receiving wrestler, and he is the one who has to “sell” it to make it look convincing.

You might see wrestlers jump a couple of feet away after getting a chop or an uppercut; some “sell” more than others. The powerhouse wrestlers, of course, deliberately “no sell” moves. If you don’t “sell” right, it looks bad.

5. Wrestlers protecting each other. You will find that high-flying moves almost always hit their target, and in fact, it can be quite obvious in a few cases that the receiving wrestlers open their arms and bodies to “catch” the attacking wrestler.

Very large or powerful wrestlers must protect opponents, for instance, by not putting all their weight on the receiving wrestler in high-impact moves. (See an example of “catching” a wrestler trying a high-risk move here.

6. Wrestlers protecting themselves. Wrestlers will brace themselves for impact, for instance, by falling in a certain way or using their hands and knees to cushion an impact so they don’t hit their heads.

In some potentially dangerous moves, like the Undertaker’s tombstone piledriver, you can actually see the receiving wrestler literally hugging the attacking wrestler tightly as a precaution.

The dangerous part of the tombstone piledriver is the fact that the attacking wrestler (wearing black) might lose his grip on an opponent (wearing white) who is suspended upside down with no protection to his head.

7. Wrestlers assisting each other. As Brian says, although wrestlers are very strong and able to carry much more than their own bodyweight, many moves still require the assistance of the receiver.

The “chokeslam,” for instance, often requires the receiving wrestler to bend his knees and kick off the ground a bit.

8. Wrestlers hating each other. Of course, they (usually) don’t hate each other all that much. The strange thing about wrestling is that you have to both hit the opponent and protect him, which compounds the already complex working dynamic between wrestlers who travel with each other 200 days in a year in the WWE’s case.

Things that are real:

1. Taking a bump (how wrestlers fall) Wrestlers actually take a bit more pain than they have to. When the wrestler takes a “back bump,” he is actually slamming himself on the mat with more force than he has to. The mats are rigged with microphones to amplify the sound, but those can only go so far.

2. Chair and table shots. They’re not fake props. The steel chairs are really steel chairs. In some cases some props may be pre-cut, but this is so that they break in a predictable fashion and thus don’t injure the wrestler with unexpected splinters.

3. The pain. The mats aren’t concrete, but they’re not mattresses, either. It hurts when you slam onto the mat. It hurts when you’re whipped into a metal railing, steel steps, hit by a chair, a belt, a ring bell, a 2-by-4

4. The concussions. Concussions are well-documented in wrestling. Many promotions like the WWE no longer allow chair shots on the head due to the very real effects on health.

5. Submission moves. Some submission holds are for show. The “sleeper” is usually meant for the wrestlers to rest and “call spots” for the rest of the match.

It is perfect because the wrestlers get to be within whispering distance of each other. The common feature of almost all submission moves is that they are meant to be adjustable (i.e., they can be loosened a bit) and have a few exit spots to allow the receiver to counter the move.

However, many submission moves genuinely hurt (like Bret Hart’s “sharpshooter”). Many of the submission moves you see on the WWE are borrowed from “real” sports like MMA and jiujitsu, such as the arm trap triangle choke or the gogoplata.

Okay guys, thats all on Is WWE Fake? If you like this article, please share it with your friends using any of the share links below.

Effects of Cultism On Nigerian Youth

Everything You Need to Know About “School of Nursing Emekuku” (2021)