The correct interpretation of God’s pure Word has been greatly tainted by conventional Christianity and its superficial emphasis on pleasure and prosperity.

Prophecy, as well as its true meaning, has been significantly misunderstood. Many people who claim to be prophets have reduced the gift to worldly fortune-telling rather than empowering and bringing hope to mankind via the understanding of God’s purpose.

Much of the modern prophecy has deteriorated into commercialized psychic mediums focused on fortuitous predictions of fleeting delight. Many people with true prophetic gifts may fail to recognize their power since their opinions are based on excessive exposure to doubtful prophecy. 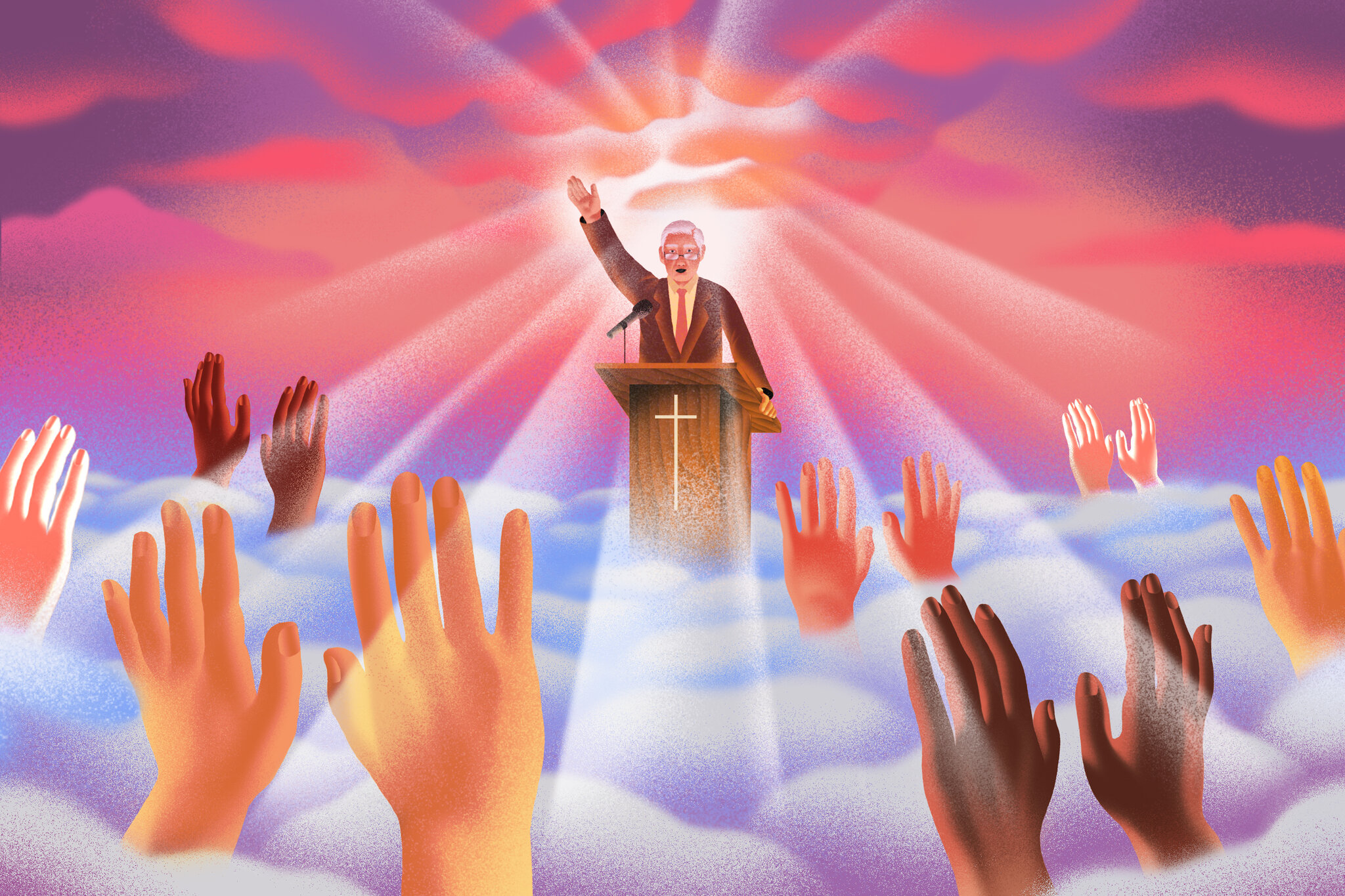 It is critical to recognize that the role of prophets and prophecy has evolved since the Old Testament period. The prophets of ancient times were distinct from today’s prophets in that they championed the growth of God’s people. Most of Yahweh’s plans for His children haven’t yet been revealed, if at all, in those eras, therefore His people’s confidence was based on the message of prophecy. The church fathers’ prophetic’ mission was to clearly unveil and sanctify the law, as well as foresee the advent of Jesus so that New Testament Christians could have faith in the promises to come. Prophecy, which is being practised today, serves a somewhat distinct yet separate purpose.

Prophecy has two intents: it can both “foretell” and “forthtell.”

Foretelling is the proclamation of events in the future as unveiled by the Almighty, with a focus on God’s kingdom.

To forthtell is to speak forth, disclose anything that can only be revealed through divine inspiration; proclaim the supernatural will, explain God’s plans, or publicly announce in any manner the message of God intended to influence humanity. Prophets are the only ones who can discover and explain it.

The first is foretelling, which is speaking about unforeseeable events in the future. While this feature is not lost, its importance has altered as we near the end times. The greater destiny of humanity has already been spelt out in the bible, and there isn’t much of a “new” Kingdom plan to reveal. Furthermore, the bible instructs us not to change or alter anything at all in the Bible as it is. 2 Timothy 3:16-17; Revelation 22:18-19). The only entirely mysterious aspects of the future are on the other side of our complete redemption, and prophecy will have stopped throughout this period (1 Cor. 13:8-13). So, in more ways than one, prophesying that far into the future appears to grossly misrepresent scripture.

Because it is complete, the message is enough to nourish us. People are uninformed of the extent of God’s compassionate purposes for His people, which is stated in The Bible. This is a serious issue that prevails now and has existed since the start of history. People and the Body of Christ everywhere have shown a dangerous lack of understanding of Holy Scripture, which is His relationship with us. This is precisely why prophecy has been twisted to such extreme levels today, and why prophets like Elijah and Jeremiah spend so much of their time assuring God’s people of His laws. The kingdom of Satan is continually working to twist the truth.

Foretelling has been and still is a key element of prophecy. As we come to the end of this time, prophets will be called upon to fearlessly and plainly declare the spiritually clouded truths of God’s commandments and blessings across the full church. The essential duty of prophecy today is to disclose the misinterpreted or unacknowledged realities of God’s Covenant. For all those who study their Bible and are frustrated by things they don’t comprehend, the prophetic gift of foretelling reveals the Bible Author’s benevolent purposes.

Foretelling (predicting or telling something before it happens). It aims to foresee the future. It foreshadows or reveals upcoming people, events, and circumstances. It may also focus on current events (i.e., those occurring at the time of the prophet), or it may look ahead to the future. It is generally a very wonderful gift from God, and those who possess it serve in the role of a Prophet. Acts 21:10-11 contains an example of foretelling, in which Prophet Agabus predicts what will happen to Paul in Jerusalem.

Acts 21:10-11 “And as we tarried there many days, there came down from Judaea a certain prophet, named Agabus. And when he was come unto us, he took Paul’s girdle, and bound his own hands and feet, and said, Thus saith the Holy Ghost, So shall the Jews at Jerusalem bind the man that owneth this girdle, and shall deliver him into the hands of the Gentiles”

Another instance is Moses’ recording of Genesis 1’s story of creation. He was given a divinely inspired narrative of what happened during the first week of Earth’s history, despite the fact that he was clearly not alive at the time.

Forth-telling is a term used to describe the act of delivering a message to others or things that are based on inspiration. This has to do with using the gift of prophecy for your own personal enrichment, in which you declare the word of God about you and everything that concerns you under the inspiration of the Holy Spirit. In the book of Ezekiel, the Prophet spoke of dry bones, a perfect illustration of this in the Bible.

Ezekiel 37: 4 “Again he said unto me, Prophesy upon these bones, and say unto them, O ye dry bones, hear the word of the Lord”

Although not everyone is qualified to serve as a Prophet (foretelling), anyone can bear the gift of prophecy (forth-telling).

Joel 2:28 “And it shall come to pass afterwards, that I will pour out my spirit upon all flesh; and your sons and your daughters shall prophesy, your old men shall dream dreams, your young men shall see visions:”

Prophéteia, which means “the gift of transmitting and enforcing revealed truth,” is the root of the English term prophecy. A prophet is someone who has that ability. He or she is responsible for faithfully proclaiming God’s Word (Jeremiah 23:18-22).

Exodus 4 is an excellent illustration. When Moses refused to speak in front of Pharaoh due to his own fears, God chose his brother, Aaron, to be his prophet. “So [Aaron] will be your public spokesman.” He will serve as your mouth, and you will serve as God to him” (Exodus 4:16). Similarly, God provides His prophet with what has to be stated, but it is up to the prophet to say it.

A true prophet, appointed by God, takes no credit for his words, acknowledging that they are the result of God’s revelation rather than his own.

Korean Boy Names and their Meanings

✔✔ Ask Awajis
FREQUENTLY ASKED QUESTIONS ON RECALL OF A MEMBER OF THE NATIONAL ASSEMBLY, HOUSE OF ASSEMBLY OF A STATE…
✔✔ Ask Awajis
Let’s look at the list of Akon’s wives. Like, how many wives does Akon have? In the mid-2000s, singer…
✔✔ Ask Awajis
A popular question we get asked daily is ‘what are the types of buttocks on females’? Your buttocks…
✔✔ Ask Awajis
If you’ve been searching for cash advance apps that work with Cash App, this article will give you…
✔✔ Ask Awajis
In this post, we will take a look at all the available international Airlines in the city of…
✔✔ Ask Awajis
If you are one of Globacom Limited’s (widely known as Glo) more than 50 million customers and want…