Jon Brower Minnoch is was the world’s fattest person ever recorded, was born on September 29th, 1941. He was an American who died at the age of 41 on September 10th, 1983. 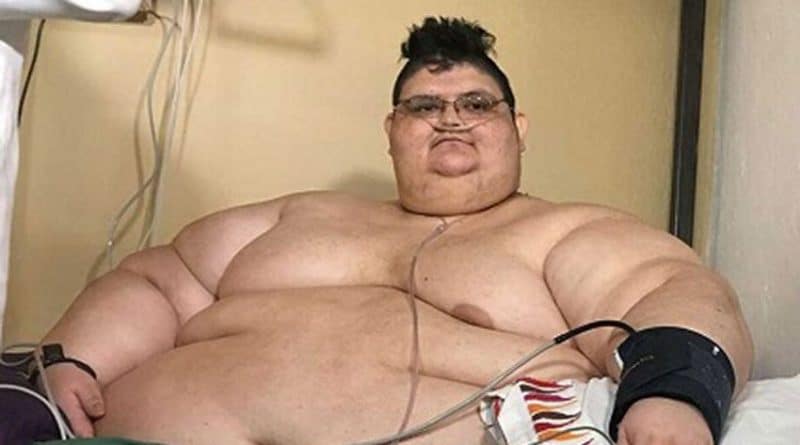 Jon Brower Minnoch was married to Jeannette and they had two children. His height was 6 ft 1 in (185 cm) and was the heaviest human being ever recorded with a weight of 1400 lb (635 kilograms).

His weight continued to increase steadily to a point that he got hospitalized at the age of 36 in March 1978 due to a respiratory and cardiac problem.

In the same year, Jon Brower Minnoch broke a record for the greatest weight difference between any married couple in history when he got married to Jeannette who was 110 lb equivalent to 50 kg and they both had two children.

An Endocrinologist by the name Robert Schwartz estimated while Jon was admitted at the hospital that retained fluid occupied over 900 lbs equivalent to 408 kg of his overall body mass.

It was very difficult to transport Jon Brower Minnoch that it took more than twelve rescue men and firemen using a modified stretcher to move him to the University of Washington center in Seattle for treatment.

Jon was pushed on two hospital beds that were joined together and thirteen people to turn him over linen change.

He was later discharged from the hospital on a strict daily diet of 1200 kcal equivalent to 5000 kg after sixteen months.

Jon was later admitted back to the same hospital after a year later on October 1981.

His weight grew overtime to 952 lb equivalent to 432 kg coupled with his incurable edema condition that was also difficult to treat, it was then decided to stop treatment since it was only making him suffer.

Despite his health condition and body size, he kept on fighting on the hospital bed until he could no more. Jon Brower Minnoch was a great dad and husband who was loved by his wife and children.

To this present day, no one has been able to break the record Jon Brower Minnoch left behind as the heaviest person who ever lived.

The only person who came very close to it was one Juan Pedro Franco Salas that weighed 1105 lb.

Juan also suffered obesity from childhood and his condition worsened after an accident that happened when he was 17.

He tried to diet every day out of desperation but his body seemed to follow its own path.

Jon Minnoch’s weight made it difficult for him to pursue any form of education as it was nearly impossible for him to comfortably learn anything.

His life was literally boring because he couldn’t go anywhere he wanted or do the things he would have loved to do even when he was a kid.

The amazing thing about Jon Minnoch is that he experienced the true power of love as his condition didn’t stop him from finding true love in his wife Jeannette who gave him two beautiful children.

This gave him a more significant reason to keep fighting even in his health condition.

Despite his death, the story of his weight loss spread very far and was a source of inspiration to everyone who heard it even till today.

A lot of obese people today draw their source of motivation from Jon Brower Minnoch’s weight loss story and it is been told from one generation to the next.

That’s all on the fattest man in the world.

Airtel *444# Code | Everything You Need to Know