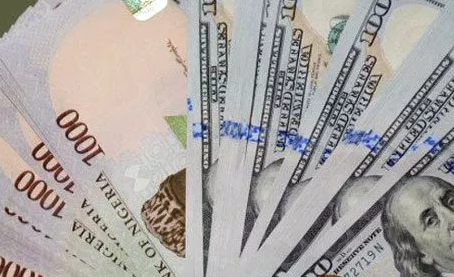 Sell price: it’s the price at which the market is selling.

Buy price: it is the price at which the market is buying.

You can use the quick links below for easier navigation

What is Black Market?

According to Wikipedia, A black market is a clandestine market or series of transactions that has some aspect of illegality or is characterized by some form of noncompliant behaviour with an institutional set of rules.

If the rule defines the set of goods and services whose production and distribution is prohibited by law, non-compliance with the rule constitutes a black market trade since the transaction itself is illegal.

However, people prefer the use of black market at times because of the availability of cheap services they provide. Traders in the black market are always ready to sell a bit below the normal price from the conventional markets around.

US Dollar to Naira exchange rate is ₦500 in Nigeria today, December 01, 2020. However, the initial US Dollar rate was noted as ₦483 at the beginning of last week on. This increment in the exchange rate corresponds to a 3.52% rise for USD since last week.

Although these rates are subject to unexpected changes due to the instability of the forex market, they are overly high, to say the least.

The result of such a high exchange rate for the dollar is that Nigerians spend so much to buy so little, especially when it comes to foreign or imported goods. Also, consider Nigerians who have to pay for medical and educational bills in this foreign currency.

Reasons Why The Naira Is So Poor Against The Dollar

Why is the Nigerian Naira so poor in relation to the US dollar? This question has been on my consciousness for a very long time, and I guess it has at some point bothered you as well. The American dollar is among the most valued currencies in the world.

At least, it is used as the standard exchange currency. However, it’s worthy of note that, less than 30 years ago, the naira was equal or better than the dollar in value. In fact, between 1970-1975, 79kobo was equal to $1. So, why has the Nigerian Naira fallen so flat against the US dollar? some of the major reasons discourse below:

The 1970s oil boom in Nigeria placed Nigeria amongst the richest countries in the world. This was the period that the then Nigerian military head of state, General Murtala Mohamed said that “the problem of Nigeria is not money but what to do with money”

The Nigerian economy was so strong then. However, In the early 1980s, the price of oil in the foreign market dropped ridiculously.

Hence, Nigeria got into a financial mess and difficulty because we depended on oil revenues for almost all of our foreign exchange needs. In order to help salvage the situation, Nigerian governments have tried to borrow money from the IMF and World Bank at different times.

However, the borrowing comes with certain conditionality, which amongst others is the devaluation of a nations’ currency. As we continue to borrow from the IMF and World bank, that was how we continued to devalue the Nigerian Naira, until it got so worst as we have it today.

Nigeria is a country that depends so much on imported goods and products. Necessities like rice, plantain, fish, toothpick, spoon, etc. are all imported on a daily basis for Nigerians.

Talk about things such as electrical appliances, cars, furniture etc. Nigeria will literally crumble if we do not import these things. A country that imports so much will definitely have a poor currency.

The effect of this over importation is that more money leaves the shores of Nigeria than the ones that come into Nigeria.

Nigeria is blessed! You can take my word for it. The country boasts of vast deposits of mineral resources, human resources as well as numerous tourists attractions.

Still, the federal government has chosen to largely ignore these export sources and focus largely on crude oil whose value is fast depreciating.

Nigeria still exports crude oil and imports Premium Motor Spirit (petrol), gasoline, Kerosene and other constituents of crude oil which should’ve been refined within the country; but guess what? Many of our refineries are barely functional. The naira can only gain value if the country invests in the exportation of finished products instead of doing the opposite.

Sadly enough, the Nigerian economy that used to be the best in Africa, and among the best in the world has been reduced to nothing as a result of our dependency on only oil.

Nigeria’s GDP still puts the country as one of the top economies in Africa, but our poor performance abroad, coupled with the collapse of oil prices has left the Nigerian economy dwindling into a full-blown recession. With a poor economy comes a poor currency. However, with the recession now declared over, an end might be in sight.

The general Nigerian mentality about foreign-made products is that anything foreign is far better than home-made. That’s a very bad mentality to have.

Foreign nationals would rather buy locally made products to support their countrymen, like the Asian Tigers. But sadly, this is not the case with Nigerians. Our love for everything foreign has made the dollar gain so much ground against the Naira.

Also, it must be mentioned here that mindset was not natural to Nigerians. it was introduced to us by our colonial masters, that tried to discourage the consumption of all locally made products, in favour of their imported products. this colonial mindset is still affecting us till date.

The Nigerian state is being robbed blind by corrupt politicians. Tell you what; trillions of naira have been looted from public coffers by politicians saddled with the responsibility of using these funds for the betterment of the country.

These stolen funds are usually converted into foreign currencies especially dollars and kept in foreign banks. This has further made the naira so cheap against the dollar.

Dollar To Naira In Black Market

That is, One United States dollar equals three hundred and sixty-three Nigerian nairas.

Quick Facts To Know About The US Dollar

So that is it, guys. You still have any other thing you would like to know or ask us? You can quickly use the comment section down below. Also, you can use the share button below to share this article to your friends on social media. Thanks

How old do i look filter