Organizing engaging and captivating debate topics for high school pupils can be challenging. You have to look at some criteria before choosing the best debate topic. For instance, you may ask yourself the following questions: 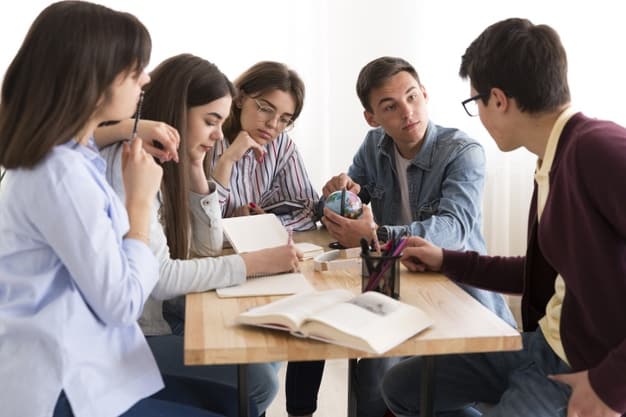 So how do you know you have found the perfect debate topic for high school pupil? For one, if the debate topic is easy to comprehend and define, but complex to provoke an extensive and lengthy discussion about it. This is why this article exists. We want you to see more than a hundred of the greatest, most relevant and most exciting debate topics you can use in a high school environment. You will find debate topics that are linked with education, Technology, politics and much more.

Read: How to Register a School in Nigeria with CAC

Why are high school debates important?

High school debates are an excellent tool for catching the interests of students and making the classroom enjoyable. Debates can groom your students’ critical thinking ability, allowing them to think more logically and creatively. Through debates, high schoolers can begin to think rationally, educating them on community service and citizenship. Debates build public speaking skills and the ability of students to make convincing arguments. High school debates can push students to think deeper and groom them in researching and organizing.

An excellent debate topic is not generic; neither is it cliched nor trigger bias. High school debates will provide the student with the freedom to engage intellectually with their peers.

Here are ten importance of debates for high school students:

Most Interesting Debate Topics for Teens

How Do I Choose Good Debate Topics for High school?

You need to understand that there are some crucial factors worth paying attention to when picking a good debate topic for high school. A good debate topic will inform, educate and allow your students to have a better idea on both sides of the debate topic, as well as help them make more informed decisions.

So below is a guide that will direct you on how to pick a great debate topic for high school:

Interest –Your students have to be interested in the topic you intend to pick because they will research it and argue about it. A student who is uninterested in a debate topic will never be convincing enough to pass across wisdom to the audience.

Target Audience – This is very important. Whatever topic you plan to pick out for your students should reflect their intellectual level. It shouldn’t be too difficult for them to understand.

Argument Potential – Argument potential revolves around the ability of both sides to craft a persuading or convincing argument. Ensure both topics are easy to research and do not lack information.

That’s all on the Top Debate Topics for High School. I hope you like this article?

If you find this article useful, please share it with your friends.

✔✔ Ask Awajis
A List of Low Tuition Universities in Nigeria in 2022. Low Tuition Universities in Nigeria – Best Low…
✔✔ Ask Awajis
Are you aware of the so-called Steve Harvey’s 90-day rule in a romantic relationship? Whether you answered in…
bblog
Alcohol drinking has traditionally been frowned upon in the Church. Some believe it is a sin because it…
WWAEC
The Aptitude Tests Department (ATD) is an arm of the Test Administration Division of the West African Examinations…
✔✔ Ask Awajis
The program director job position is a very tasking role, and it is based in the non-profit sector.…
✔✔ Ask Awajis
Are Chickens Mammals or Birds? Let’s Find Out Here. …Chicken is a type of domesticated fowl, a subspecies…