Army barracks in Nigeria are known for housing the men of the Nigeria army. Army barracks can be said to be a structure or building where military personnel live. Army barracks were created to keep soldiers from civilians and ensure discipline and esprit de corps.

As mentioned earlier, Nigerian army barracks are accommodation for men of the armed forces. Still, it will interest you to know that typical army barracks in Nigeria have many parts, which include:

The officers quarter of the army barracks is where the senior army officers live. In a Nigerian Army barracks, each officer is entitled to a room and a ‘soldier servant’ or orderly. The commanding officers usually live in a bigger house than other regimental officers.

Army Barracks in Nigeria are now vastly empowered to own shopping centres, that will sell groceries and other food products to men of the Nigerian army at a discounted price. Some times, these shopping centres are run by wives of the army officers.

Read: Courier Plus Outlets In Lagos And Other Parts Of The Country

In army barracks in Nigeria, one can find the military jail which is used to incarcerate men of the army who have committed an offence, enemy of the country or prisoner of war. The military prison is under the control of the Nigerian military.

‘Mess’ in the military context refers to an area where the soldiers relax and have their meal. Some Nigerian army barracks have a mess. For instance, there is the Command Officers Mess at Asokoro, Abuja.

Here are some of the most popular barracks in Nigeria: Ikeja Cantonment, situated in the northern region of Lagos, is a huge Nigerian military base. It is located closer to the city center, near the Isolo and Onigbongo suburbs.

Lt. Col. M. O. Nzefili claimed there was a bloodbath at the barracks during the Nigerian counter-coup of July 28-29, 1966.

It was the headquarters of the Nigerian Army’s 9 Brigade of the 81 Division.

There was a considerable supply of “high calibre bombs” and other munitions in the facility in January 2002.

An explosion occurred in a market stall near the barracks on the afternoon of January 27.

The fire burned into the facility’s main weapons stockpile in 18:00, resulting in the Lagos armoury catastrophe in 2002. 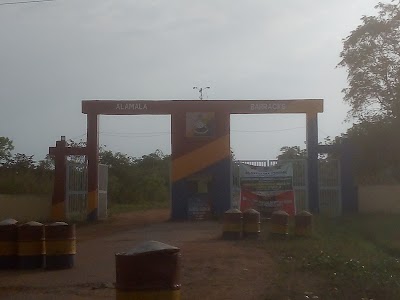 This facility serves as a military barracks for servicemen of different sizes and sophistication in the Nigerian military, as well as their families.

It also has big open grounds for military exercises, as well as a healthcare center, churches, and educational establishments for the barracks’ occupants.

It’s a peaceful and tranquil atmosphere. Apart from the assurance of safety, the barracks also boasts an overflow of military decorum. The place is kept spotless and as quiet as possible. You can also become friends with a soldier and get in shape while under military supervision. 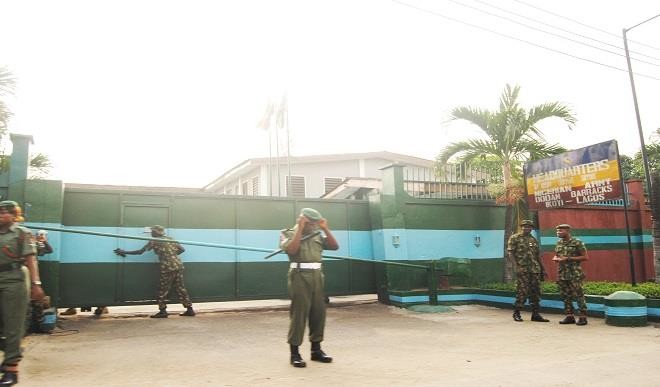 Dodan Barracks is a Nigerian military facility in Ikoyi, Lagos. During the Biafran War, as well as from 1966 to 1979 and 1983 to 1985, the barrack served as the Supreme Military Headquarters.

We will now focus on the numerous army barracks in Nigeria. For years, these barracks have held a lot of memories for Nigerians, especially during the military regimes. They were dreaded and feared and looked upon with awe. But the democratic era has brought about some mutual understanding between men of the armed forces and the Nigerian civilians.

Nigeria has a total of 52 Army barracks which are:

About the Nigerian Army

The Nigerian army is the military segment that operates on land. It is an important part of the Nigerian military force. Other parts of the Nigerian military includes the Navy and Airforce. The Nigerian Army has a command structure that is hierarchically organised into two broad classes — officers’ ranks and other ranks. In the officers’ rank, there’s the second lieutenant, captain, lieutenant, captain and major. These are the non-commissioned officers. The commissioned officers include Lieutenant Colonel, Colonel, Brigadier, Major General, Lieutenant General, General and Field Marshal. The ‘Other ranks’  are referred to as soldiers while the rest are regarded as officers.

The Nigerian army is responsible for preserving the territorial integrity of the country and tackling the various internal and external security challenge that hamper the growth of the nation. The government should pay more attention to the deplorable state of army barracks in Nigeria in a bid to renovating, refurbishing and modernising them.

bblog
Where to go online to watch college football. You don’t want to miss the second-best college football game…
bblog
List of Shortlisted Candidates for the 2017/2018 76 RRI Pre-Screening Examination Pre-Screening Examination will hold on January 7,…
bblog
How to Locate Nigerian Passport Book Number. Nigerian Passport Book Number: During a visa application process, you will…
bblog
What do you mean when you say Poshmark is in vacation mode? Poshmark is a leading marketplace for…
bblog
How to Set an Auto Reminder for DSTV & GOTV. Auto Reminder for DSTV & GOTV: At one…
bblog
How to Start Block Industry Business in Nigeria. Considering starting a block industry business in Nigeria? Then, See…