Difference Between Maize And Corn – Over time, there have so many arguments over the fact that there is no difference between maize and corn and, if you are reading this post, you must have been a victim of such an argument. 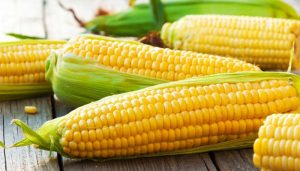 In this post, I will briefly show you if indeed there is any difference between maize and corn so, stay put and read on. You will surely know better at the end.

Maize is a Spanish word named after Taino Mahiz, it is also known as corn and is a cereal grain first domesticated by indigenous people in southern Mexico about 10,000 years ago.

Maize was first introduced in Africa in the 1500s and has become one of Africa’s dominant food crops. It is consumed as a vegetable although it is a grain crop, just like other regions.

Maize grains are rich in vitamins A, C and E, carbohydrates, and essential minerals, and contain 9% protein. They are also rich in dietary fiber and calories which are a good source of energy.

Difference Between Maize and Corn

In the third paragraph where I defined maize, I clearly indicated that maize could also be called corn. This depends on their application, let us look at the applications.

Maize (Z. mays) refers to what you yield from the field.

Corn (Z. mays) refers to the food on your plate.

The Oxford dictionary defines Maize as a tall plant that is grown for its large yellow grains that are used for making flour or eaten as a vegetable; the grains of this plant. Whereas;

Corn is any plant that is grown for its grain, such as wheat; the grain of these plants.

The term maize is mainly used in formal, scientific, and international applications because it refers exactly to Z. mays, unlike corn. In addition, the term maize is used by agricultural bodies and research institutes such as the FAO and CSIRO.

Corn is not a preferred term in formal, scientific, and international applications.

The word maize originates from the Spanish. When Columbus’ voyage made landfall in 1492, they reached some island in the San Salvador. The island was inhabited by Tahino people, in whose language the name for their main crop was “mahis” meaning “source of life.”

Except for countries like Canada, Australia, New Zealand and the United States, that see corn as maize, “corn” refers to any cereal crop or refers to their local staple. English speakers use the word corn to whatever the predominant grain in their region.

The term maize is not usually used for food items prepared using maize grains. Maize is among the most popular food items on earth. It can be used in the plastic industry as fillers. It is also used as gum and electrical coat. Maize is also used for various kinds of chemicals, bombs, colour, dyes, drugs, absorbant and the links. It is hygienic and nutritious when eaten. It contains Vitamins and carbohydrate. It eliminates the likelihood of being infected with diabetes and contains antioxidant which promotes overall health and eyesight.

So now, I hope you know that maize is the name thing as corn only for the fact that maize is the what we harvest in the garden and farmland whereas corn is a processed food gotten from the raw maize and these raw food include; golden mourn, popcorn, cheese balls, etc.

I hope you liked this post on the difference between maize and corn, share it with your friends on all the social media platforms you have signed up for.

How to Borrow Airtime Credit with MTN XtraTIME