How Long Does a High School Football Game Last?

You may be curious about the game’s length if you watch or attend your first football game. So if you are wondering how long a high school football game lasts, this article is for you.

How Long Does a High School Football Game Last?

It is the first time athletes will collect statistics to help determine whether they are good enough to play at the higher levels on college and professional teams.

High school football games are divided into four 12-minute quarters for 48 game minutes. These are only game minutes, not the actual time.

Most people set aside at least two hours of their time attending a high school football game. This is due to penalties and time-outs interfering with the game.

During a halftime break, the teams separate and discuss the game. During halftime, cheerleaders or the band can entertain the fans while waiting for the game to resume.

Fans can also use halftime to use the restroom, stretch, and get some food or drink. Some high schools have announcers who use that time to talk about the first half of the game and their predictions for the second half. 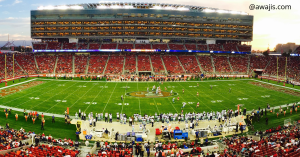 Why is a High School Football Game This Long?

Because students are not as physically developed at that age, high school football games are shorter than college and professional games. Football is physically demanding, and students get their first taste in high school.

High school students are athletic but not as athletic as college or professional athletes. Students in high school football are taught proper tackle and catch techniques.

This can begin much earlier, but high school is where they play in larger stadiums in front of more fans. College scouts first notice an athlete’s potential in high school.

Because students are still children, high schools must ensure that their organized sports do not interfere with their studies. A professional or college football game, for example, can easily last three and a half hours.

Most high school games do not last more than three hours. Because high schools must assist students in balancing sports and education, games are shorter than those played at the college and professional levels.

Students are encouraged to participate in sports, but only in moderation to have time for other activities. Football is physically demanding, and keeping the games to twelve minutes per quarter allows students to showcase their abilities.

The NFL is the most popular sport in the United States. Fans can host watch parties with friends and family, or they can buy tickets and tailgate before the game. If you’re going to a game, attending a watch party, or even hosting one, you might be wondering how long the game will last.

How Long Are NFL Games?

An NFL game should last slightly longer than 3 hours. As previously stated, the longest average in recent years was in 2015, when the average game length was 3 hours and 9 minutes.

An NFL game is divided into four quarters, with a halftime break between the second and third quarters.

How Long Is an NFL Quarter?

Quarters in the NFL are 15 minutes long. Because the NFL game clock does not run continuously, a 15-minute quarter takes slightly more than 40 minutes in real-time on average.

How Long Is an NFL Halftime?

As of the 2017 NFL season, halftime lasts 13 minutes and 30 seconds. However, expect a much longer halftime during the Super Bowl, where live music acts can stretch halftime to nearly 30 minutes.

IN RECENT YEARS, the NFL has made regulating and structuring halftime a priority as part of its overall commitment to fans to keep the game as fast and exciting as possible. 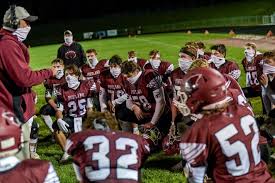 If you have any comments or suggestions, you can drop them in the comment section below, don’t forget to share using any of our social media handles below.

bblog
Cultism in Nigeria Causes/Effect/Possible Solution. Cultism has been a major problem affecting Nigeria for close to a decade now…
bblog
Do you seek to migrate to South Africa from Nigeria but really don’t know how to go about…
bblog
Prominent People in Oyo State: A lot of Prominent People in Oyo State have made quite an impact…
bblog
Baba Ijebu Lotto: Do you want to understand how Baba ijebu lotto works, with the view of knowing…
bblog
See the complete Biography and Net Worth of Folorunsho Alakija. Folorunso Alakija is a Nigerian businesswoman, one of…
bblog
Better sex life is a much sought-after thing for people across the world and in an attempt to…