On hearing or reading the phrase “Choice of Games”, the thought that it refers to taking a pick from a range of games comes to mind. You wouldn’t be wrong if this is the case. Choice of Games is quite misleading, considering what it actually entails. 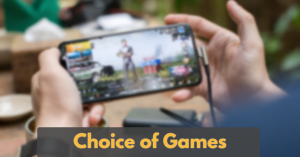 Choice of Games is an app which serves as a library for novels. You didn’t see that coming, did you? The Choice of Games app comprises novels of different genres in its archives, spanning drama, action, adventure, romance, history, war, humour, supernatural and much more.

Here’s another twist; the Choice of Games app is actually a gaming app. It is a gaming app which is text-based, which means most of the features found on actual games will not be present – like sounds and graphics. Here’s how it works; so, you pick a novel or a story and choose the part in the novel/story you would like to play and a game unfolds based on the part chosen. This is quite genius if you asked me.

More About Choice of Games

The Choice of Games gaming app was developed and is owned by Choice of Games LLC. The company, which is located in California, U.S.A was founded by Dan Fabulich and Adam Strong-Morse in 2009.

Choice of Games LLC specializes in making video games and is recognized for making games that can be accessed by those who are virtually impaired. It also hosts games by others and on the app store. It does this at a price, however, which is a share of the profits made.

You could discover several other classics once you’ve downloaded and installed the app on your device.

Downloading the Choice of Games app does not require any special hack. It can be downloaded just as you would any other app.

If you’re familiar with the app downloads process, just head over to the Google Play Store (Android) or the App Store (iOS), initiate a search for the app and have it downloaded and installed.

If you need some guidance, follow the steps below;