Where In The World Is Swahili Spoken

In this post, you’ll see the list of countries that speak the Swahili language, alongside few facts and things you need to know about Swahili.

The Swahili language or Kiswahili is spoken majorly in East African countries of Tanzania, Kenya, Uganda, Rwanda, Burundi, Mozambique, and the Democratic Republic of the Congo (DRC). It is estimated that the number of Swahili speakers ranges from 50 million to over 100 million. 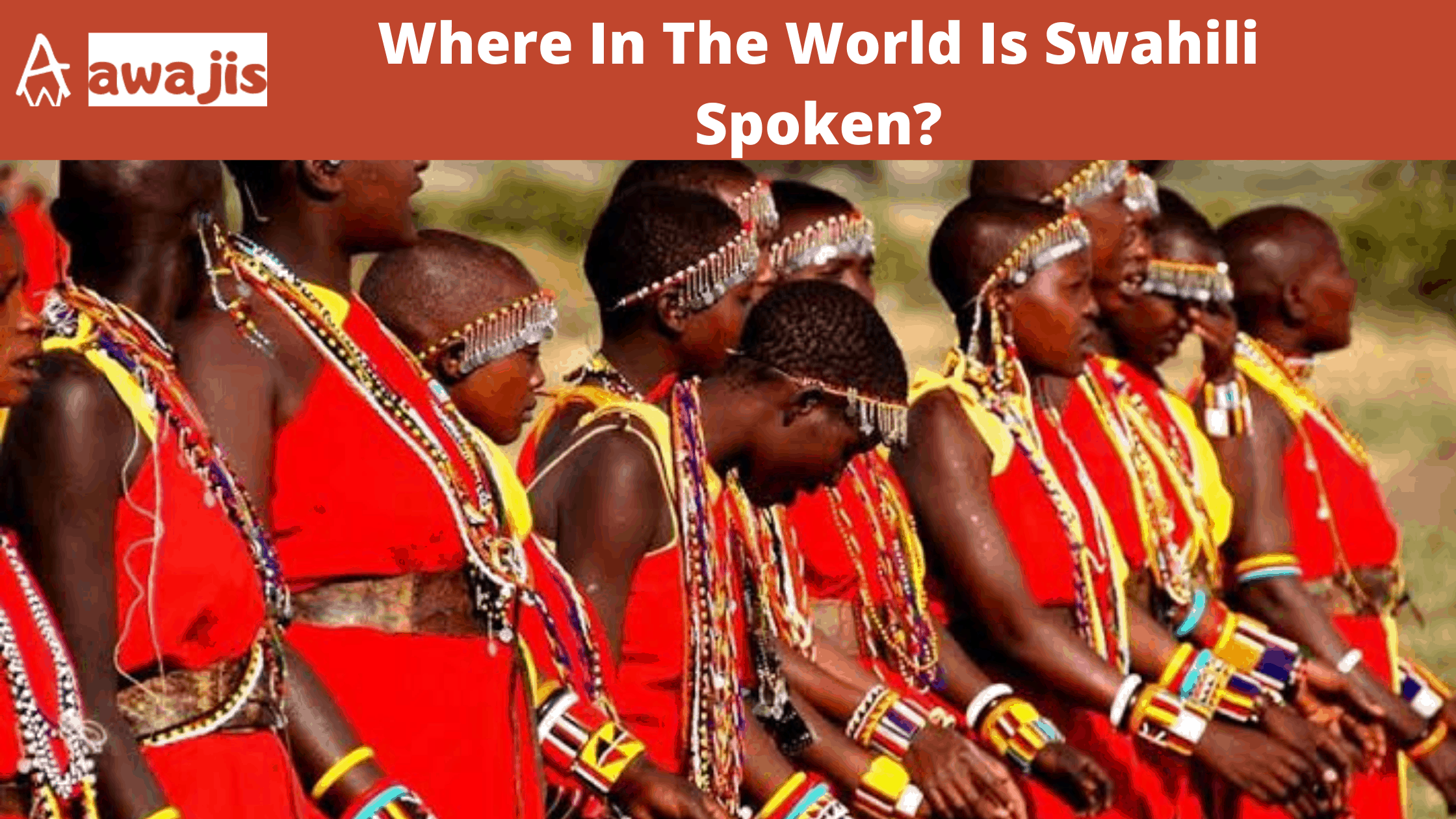 Swahili originated from the Bantu, and the part of the language has been influenced, to a small extent, by Arabic. There are 36 consonants and 5 vowels in the standard Swahili language.

Should I Learn Swahili?

When it comes to languages that we will need to communicate effectively with anyone in Africa, Swahili is at the top of the list

To begin with, Swahili is used by nearly 100 million people to communicate. Swahili is not the first language of the majority of these people, but it’s so widely spoken as a second language that it is regarded as one of East Africa’s main lingua francas.

Another reason is that it enables us to visit a variety of countries where we want to explore and engage with people that we haven’t really had the opportunity to in our lifetime. Kenya and Uganda, as well as Kenya and a host of several other countries in Africa including the Democratic Republic of Congo and Mozambique, are among them.

Africa is a continent where we haven’t spent plenty of time in, so there are a large number of cultures and persons with whom we are yet to understand. Tourists should strive to overcome these differences created by lack of understanding and begin to see others as only different variations of themselves– something we already know but want to experience.

How hard is it to learn Swahili?

Swahili really isn’t that difficult to learn, particularly if you have an idea in Arabic!
Swahili, according to studies carried out by BBC, is the simplest African language for English-speaking people to master.

bblog
The human mind is complicated and enigmatic; it operates in ways that we cannot truly understand. Understanding how…
✔✔ Ask Awajis
This article has the puzzle answer to the popular ‘how many pencils do you see’ quiz challenge. The…
bblog
As a government agency with the responsibility of migration management in the Federal Republic of Nigeria, the Nigeria…
bblog
This post is about the Nigerian Defense Academy Direct Short Service Course DSSC – Here is what you…
bblog
Though Messi is no more in Barcelona, let’s just see look into his house that’s situated in Barcelona.…
bblog
One of the silent money-making businesses in Nigeria is the Egg Distribution Business, though a lot of risks…