Who Was Abraham’s Father?

Abraham, is regarded as a patriarch in the Jewish, Christian and even Islamic religion. He is a very honored and respected figures. But who was the father of Abraham? 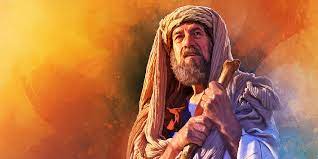 According to the biblical account, the father of Abraham was Terah, who was begotten by Nahor, whose Father was Shug, descendants of Shem. He was a polytheist, and from an ancient account, he had a cruel disposition, due to the fact that he served as an idolatrous priest. He lived in Ur of the Chaldean and died at the age of 145 years.

Meanwhile, in the holy book of the Muslim, Nahor is instead named Āzar, and he was described just as the Christian account as an idolator and a cruel man.

Terah is listed in the Bible (firstly in the  ‘Book of Genesis’) as the father of Abraham and son of Nahor. Terah is mentioned in the following parts of the Bible:

Terah, according to the Book of Genesis, was responsible for taking his family from the land of UR to Canaan land. He never reached Canaan as he stopped in a city named Haran where he met his demise.

Terah passed on after living for 205 years. Abraham at that time was 135 years old. Abram started the journey from Haran to Canaan before the death of Haran. Terah was known as an idolatrous priest.

How to Get Bigger Boobs Naturally

How Long Are Dogs Pregnant? | Gestation Period Of Dogs

✔✔ Ask Awajis
Nigerian Air Force Salary Update (2021 Salary Review). Nigerian Air Force Salary, How much does an Airforce personnel…
✔✔ Ask Awajis
Hello guys, let’s learn simple arithmetic today. I know that a lot of people out there may not…
✔✔ Ask Awajis
Instagram was purchased by Facebook in 2012. It is not strange to see a “From Facebook” notification popping…
bblog
Proverbs are wise sayings, coughed up by the elders especially in African settings to advice or serve as…
bblog
In today’s article, an attempt will be made to present you with the list of countries without the…
✔✔ Ask Awajis
Piloting an aircraft is one of the most dexterous jobs in Nigeria, hence pilots are well-paid. The job’s…