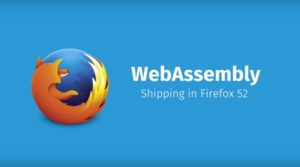 Mozilla’s Firefox next update would include the WebAssembly codex, effectively changing the way we use apps and softwares on our devices.
Mozilla has become the first to bring WebAssembly into a browser, its Firefox. Before looking at what WebAssembly is and how it would change the tech landscape, a word on browsers.
When browsers are working just fine, you ignore them. Their existence tends to be relegated to where things are supposed to work on your behalf without acknowledging them. But most Web browsers, especially the major ones, in a bid to stay ahead in the game, keep coming up with updates and new features.
Without these regular updates, most people would never bother about how browsers work. Come to think of it, why can’t they just update the damn things automatically without constantly notifying us to download new updates?
Updates serve a very important function though. They resolve new security issues, fix bugs and make the browsers more efficient. And it is for these reasons Mozilla introduced the WebAssembly.

WebAssembly was first introduced to the world two years ago. Considering it had been around for two years, it is a surprise we are getting it in our browsers just now.
WebAssembly basically is a collection of computer codes designed to be faster to deconstruct than Javascript. Which means, programs developed using WebAssembly codes would be faster than the Java-based programs on our devices.
However, the ultimate aim of WebAssembly is to be the code used to develop programs for the Web. So Javascripts would still be useful in developing softwares outside the Web.
That is WebAssembly in a nutshell. To gain more understanding of what it is, have a look at this article.

When Mozilla started pushing out notifications to users of Firefox to update their browsers to Firefox 52, people like me ignored the notification.
Many people are so tired of updates that promise the world and deliver no noticeable difference in performance. I mean, without fail, developers of browsers always inform users the new update is the best thing since the Internet.
I suspect the only reason people even bother to update is because of the scare tactics employed by developers: update or be vulnerable to hackers!
However, the latest Firefox had something new. Something all browsers aspired to. And that is WebAssembly. It calls for chest-beating. It is no mean feat beating the likes of the almighty Google’s Chrome to something.
Reading through the blog post announcing the arrival of WebAssembly, I was struck by one thing. Sure, the blog post sounded like all other posts about updates: your browser would be faster; it would be more efficient; bug fixes and all that. It had it all.
But the WebAssembly was something totally new. Here is what I like about WebAssembly most: you can now run apps directly from the Web without having to install them on your phone or on your computer.
Think about it. Fewer apps on your devices, more space to play with.
Smartphones users, especially lower/medium-end smartphone owners would understand how apps clogged up their memory very quickly. The result is a markedly slower device and apps freezing while using them.
People go to great lengths to increase the memory of these phones. Some third party software even create the bogus idea of giving users more virtual memory to improve performance.
The only sure way of solving that problem is to delete as many apps as possible. Especially apps that are hardly used. And never clog up the memory by using too many or opening too many apps at once.
That is one of the problems WebAssembly would address decisively. No need to install apps on your phone. And no need to go to apps stores to purchase or downloads apps. You can get them directly from the developers.
See: Google Instant Apps

What becomes of iTunes and Play Store?

It is hard to say. WebAssembly, by its nature, would eliminate the middleman. In this case, the places we go to download and install apps.
Google’s Play Store and Apple’s iTunes comes to mind.
So instead of heading over to those stores, all you need is the link to the app on the developer’s website. WebAssembly would then conveniently open the app for you without downloading it to your device.
If it actually comes to this, why in the world would somebody even bother to have apps like Play Store on their devices? No reason at all.
Again, paid apps would be cheaper since the middle man’s cut would not be factored into the cost of the apps.
The ramifications for the future of apps, how we use them and apps stores are huge.
According to Nefi Alacron, who pitched the new Firefox to the world on behalf of Mozilla, WebAssembly would also enable you to improve the performance of services such as social networks; emails; word processing; gaming; using programs like photoshop and AutoCad; using audio and film editing programs, etc.
Most pertinently, you don’t even have to install all those pesky plugins on your system anymore.

WebAssembly is a bit similar to Google’s Instant Apps. Instant Apps was announced at last year’s Google developer’s event known as Google IO 2016.
Instant Apps, like WebAssembly, would allow you to use apps without installing them on your smartphones. The consequences of this are also similar to WebAssembly. You get to have more storage and memory space on your smartphone. And there would be no limit to the number of apps you can use.
The latest news on instant apps is that it would be released very soon. Just in time for Google’s IO 2017.
The obvious difference between WebAssembly and Instant Apps is that WebAssembly works on all devices as long as a browser is installed.
Again, with Instant Apps, one still has to download a portion of the app from Play Store. Though most of the app’s operation would be carried out in the clouds.
There are other nice things to say about Instant Apps that makes it a game-changer too; but it is not nearly as extreme as WebAssembly.
Let’s leave the last word to Mozilla’s Nefi Alacron:

Because of this open source innovation by Mozilla, people now have access to powerful tools right in their browser. WebAssembly delivers a safe and secure platform for web browsing, fuels innovation, and allows users around the world to experience the Internet in ways never before seen.‘