Tips to Getting a Head start in the New Year 2022

Tips to Getting a Head start in the New Year 2022.

It’s quite true according to “Lao Tzu” that a journey of a thousand miles begins with a single step.

Now that you have put away all decorations and Christmas festivities are now in the past, it’s time to set things straight.

The new year is fresh, new and fertile, filled with promises untapped, but you can’t accomplish a fruitful year while holding onto yesteryear. 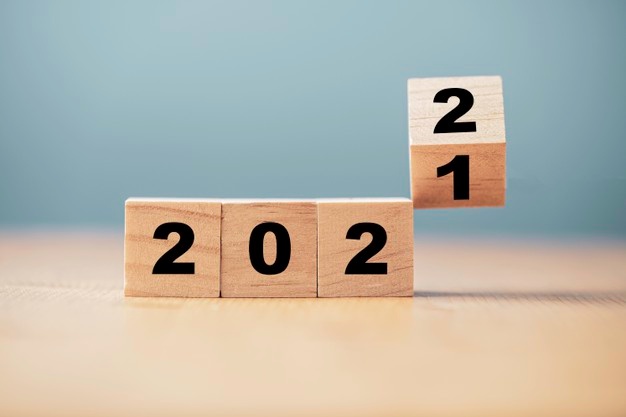 Christmas might be fun but a new year signifies a time to forge ahead.
The reason for the choice of topic is reflective in its title. This is a new year and you need to excel, have an advantage over the year before it even begins, else 2020 will sure end up like its “predecessor” and you find yourself in the year after with zero accomplishments.

As Benjamin Franklin rightly observed, “if you fail to plan, you plan to fail.” Some might read this and say, it’s better to take the day as it comes, I beg to disagree. you might as well be taking the day as it comes while those who planned for that day are way ahead of you.
So how really can you get a head start of the year without allowing life and its many unpleasantness overwhelm you?

There are so many different ways of growing and an infinite number of lessons to be learnt in life, but there are some kinds of growth that come to us only if we are willing to stop, pause and allow the lessons to catch up with us. This is the power of reflection. Reflect over the past year while doing some contrasts and comparisons with the new.

Might be too early in the year to undertake, since it is only just beginning, but with timely observations, you can come close to unearthing a better path. Think about things you didn’t get quite right in the previous year and devise better and more profitable courses of action.
If you are in between jobs, an employer of labour, or even rooting for a change of job, its time to reflect! Ask yourself these simple questions: Have I achieved the things I wanted to in the past year? If not, Why? What specific things would I like to change or redirect? Asking progressive questions can help keep your perspective in check, giving you the right boost and motivation to make this year a fulfilling one. You cannot neglect the bitter questions, ask them, face them and set about to correct them. The year is quite tender, you can still get a lot of things right, but the engines have to roar to life NOW!

Oxford Dictionary defines productivity as “the rate at which a worker, a company or a country produces goods and the amount produced, compared with how much time, work and money is needed to produce them.” And here I thought productivity meant just doing and achieving a lot! How wrong I was!
A close look at productivity’s definition will reveal it is measured by the amount of work produced in relation to how much time and resources expended to realize an output. In essence, this translates to not just working to deliver on a task, but your output should either be proportionate with used time or making use of minimal time while still producing optimally. If you are the lazy type waiting for an opportunity to hit you in the face, it’s best you have a reality check-in.
The economy is biting hard, the recession is prevalent and everyone seems to be skeptical about a Trump administration-especially for Africa. This means productivity should be a watchword from here on out. If you have been productive, apply more effort and see where you will be when the first quarter of 2020 is done and dusted. Moreover, take comfort in the fact that life rewards those who work hard at it.

We are familiar with the sequel Harry Potter, right? The Harry Potter series didn’t just pop out of the blue, it took planning, and seven years’ worth for J.K Rowling at Hogwarts before writing the first chapter of Harry Potter; several years later, Harry Potter is one of the most-read books and most-watched films in recent history.
Planning is one of the most important project management and time management techniques. It is preparing a sequence of action steps to achieve a specific goal. I referenced Benjamin Franklin’s quote about failing if you don’t plan, but it’s a rather unfortunate reality that this is a proclivity of this generation.

There is every reason to plan if we must not fail. And I don’t mean the usual scribbling down of new year resolutions which we never adhere to. I do mean actual planning. Planning makes you alert to opportunities, improves your performance and still rewards you in the long run. Like Alan Lakin rightly posited, “planning is bringing the future into the present so that you can do something about it now.”

Some might want to disagree that planning would not be favorable to folks on this side of the map since we operate a fast-paced system where everything can change in an instant, but with proper planning, you will be fine.

Nobody said a thing about everything going according to plan, things will definitely change, either for the worse or the better, but you are better off prepared than caught unawares.

Truth is, the reality might not even be the plan itself, but the discipline of writing the plan forces you to think through some of the issues you had difficulty with in the previous year and begin to make changes. Review your plans often, keep it flexible. A plan is a plan, not a contractual agreement that cannot be altered.

Networking is really about making connections and building enduring mutually beneficial relationships, most of the time to expand your sphere of influence. I realized much later in my career the significant amount of power attached to networking.

You will find that networking is a viable return on investment. the reason you see business managers go on business trips; some times, its not all about business, but developing and building contacts vital to business growth, survival or expansion.

Networking can be positive and bring about tremendous successful results. It opens you up to opportunities, contacts/relationships and you learn a few things too.

Since humans thrive on interaction and technology has made it even easier to interact freely on different continents, you lose nothing by developing these relationships- after all, it is not what you know, but who you know. One contact can lead you to the “right” person and you never know what “right person” you may need in the future.

In the new year, get ahead by consciously developing a network, either at a conference or event or make use of your social media. those platforms are not there for updating your latest pictures, but for building lasting relationships. This will come in handy.

The craving for a new year resolution at the beginning of every year is more forceful but begins to dwindle by the end of the first quarter.

A lot of willpower is needed to pull off a productive year and to have a productive year, you need to not only start early but get a head start on the year. Remember that a new year is just a human-created calendar, and nothing very special about it unless you fill it with special moments.

Do you require some inspiration? Try and watch a few of Lynda’s professional (and free) educational videos, in which you can master everything from web design to emotional intelligence. To learn how to make Android apps, check out Google and Udacity’s coding tutorials, or look out for Apple’s Swift Playgrounds program to master the foundations of iOS development.

Keep an eye on your wallet.

You might want to use your rest breaks to get your finances back on the right path so that you can go into January with a firm grasp on your bank account and a strategy to maintain the status quo. If you want to learn more about cryptocurrencies, you can spend some time researching why it would be a good (or bad) investment for you. If you have hard time-saving money for emergencies, check out applications that let you save as you shop or allow you to start saving a few dollars at a time anytime you feel the need to give your future self a gift.

Create and monitor new habits to improve your life.

You might want to enhance your daily habits, such as tidying your bed every dawn (which is a game-changer) or remembering to nurse the golden pothos you received for your birthday. It’s possible that 2022 will be the year you start using a habit tracker, and for a worthwhile purpose. It’ll be simpler to keep account of the times you meet your target of eating healthy foods, relaxing, or getting some exercise twice a week.

So, how else are you preparing yourself if you want to be frequent at the fitness centre before the rest of your neighbourhood does, or if you want to create habits to get ahead in 2022? And how are you staying on course to start the new year with all you need to be successful? Are you experimenting with new apps to get yourself in gear, or are you forming new habits the old-fashioned way?

Needless to say, there are times when you hit bottom, but these are the times you get up and start again. Thomas Edison did, so why can’t you?

2022 is a fertile promising ground. Do your best, reflect on your mistakes but don’t tarry too long on it, make bold corrections instead; strengthen your resolve to be productive and more importantly, plan, successful people plan- it’s what sets them apart from the others.

How to Reset GOTV After Payment | GOTV Resetting and Activation Guide

What are the Functions of UNICEF in Nigeria

AArticle
This article contains the 22 best free Tv series download sites for mobile phones. There are not many…
AArticle
Lightroom iOS photo editor is a free app for Apple devices that offers its users the ability to…
AArticle
Do you know that sending bible verses as lover’s day text messages to your man or woman can…
AArticle
FCMB here means Nigeria’s First City Monument Bank. Looking for how to get started with FCMB Internet And…
AArticle
Etihad Nigeria 2021 guide. Etihad Airways is among the top class airlines in the world and you can…
AArticle
Pete Buttigieg is an American born on the 19th of January 1982 at South Bend, Indiana, and is…