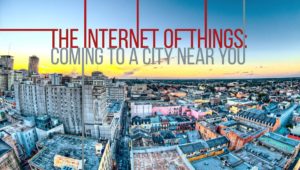 This is what an average, hard working tax payer is entitled to in the Smart cities of the future: to get to their place of work, they’d use their smartphones to book a taxi. A smart app charges the bank account of the user.
The worker steps out of his house; sees a random cab waiting at the curb. He walks over to it, swipes his NFC-enabled ID card or smartphone across a sensor embedded in the car.
The sensor is able to read everything about the user in an instant including the destination and the fact the fare has already being paid for.
The cab automatically unlocks the door and the worker gets in. The cab moves away taking the worker to his office. The coolest thing here is that the cab is a driverless car. It navigates around streets in the city with the aid of sensors embedded in the car and at crucial intervals along the route.
This might sound too high-tech for some people to process. The fact is though, driverless cars are already here with us. Swiping of cards or gadgets across payment sensors to pay for services using NFC technology are already in practice in some advanced countries.
These are the small steps the world is already taking towards fully integrated smart cities.

How smart cities of the future would work

The Smart cities of the future are all about connectivity. Instead of inanimate objects along side people making up the environment, objects like buildings, roads, power lines and so forth would also behave like living organisms. They would have a life of their own, communicating with each other and with humans.
It is the point where the Internet truly becomes the world’s nervous system, connecting different parts together to a very complicated hub or brain.
In the Smart cities of the future, sensors would be placed in almost every part of cities (some buildings or objects wold be totally made of sensors). Sensors are the key here.
Sensors would aid communication between objects like cars, trains, and humans. The sensors would also be able to monitor traffic and weather patterns in the city to gauge how fluctuating temperatures would affect the performance of infrastructures in certain parts of the city.
Traffic updates would be sent automatically to people and cars to advice them on what routes to chose or what to expect from moving around in the city.
City services like garbage collection that could be a logistical nightmare for government officials would be seamlessly integrated into the network. For instance, instead of trucks trying to navigate traffic to get to houses, garbage is automatically sucked into a citywide, subterranean collecting system (akin to drainage systems in modern cities) where it is sorted and recycled into compost that can be reused.
Buildings would be designed to be eco-friendly to optimally use as little space as possible while providing the best possible utility for people.
These are just a few example of how the smart cities of the future would be designed and operated.
see: List of google moonshot projects

Obviously, the basic infrastructure is the Internet. But to handle the massive amount of data that would be exchanged when everything is connected, the facilities at present need to be upgraded.
This is going to take a huge investment on the part of government and tech companies wishing to be significant business concerns in the new cities.
Facebook’s new submarine cable, an investment in partnership with Microsoft, is the sort of infrastructure the world would require going forward. Other companies too like Google already have these sort of cables.
These cables that launched with thoughts of the future in mind. Their immediate use is to handle without glitches, the massive amount of data these companies need to provide Internet-based services for millions of people around the world.
Though Internet connection is almost everywhere, there is a clear disparity between the quality in advanced countries and poor countries.
The implication of this infrastructural shortage (as far as smart cities are concerned) is extreme bad news for the poor. Basically, while the rich countries would be enjoying the benefits of smart cities, poor countries would just have to manage little crumbs of progress towards the cities of the future.

The role of IoT and IoT gadgets

Any talk of smart cities is invariably linked to the Internet of Things (IoT). Internet of things is the ideological basis or foundation of the smart cities of the future.
The world is just getting to grips with the implications of IoT. For that reason, there is yet to be a global agreement, binding agreements about how the IoT would be policed. The IoT needs laws just like we have laws for the Internet.
However, while the bureaucrats are trying to formulate laws guiding IoT, the gadgets (also known as interconnected devices) are already coming on stream. These gadgets, like smart TVs and home personal assistants, are already being sold around the world for people to use.

Just like the Internet, security would be one of the biggest challenges for smart cities.
Insecure networks would mean easy access to hackers. At the extreme, it would be possible for a hacker to shut down an entire city if they had access to the central server.
On a smaller scale, a critical infrastructure could be targeted and shut down. For instance, a hacker could compromise the server linking the softwares of all driverless cars. This could cause chaos in the form of accidents or traffic gridlock.
In a worst-case scenario, a hacker-terrorist could hijack the planes in a system and use them to launch a September 2001-styled attacks with devastating loss of lives.
So the security programs of smart cities must always be several steps ahead of these threats.

Timescale for a smart city

One thing is certain, the Smart cities would not just appear one day. The evolution of the present cities into smart cities would be gradual. As a matter of fact, it has already started with all those interconnected gadgets in our homes and smartphones.
It is better this way as each tiny step towards a smart city gives people enough time to get used to every stage of the process.
For now, the world is still trying to understand how to live and work with robots, complex smartphones, and interconnected devices.
For people in poor countries whose Internet infrastructure is still years behind, it is hoped they would be ready to make that crucial jump from analog cities to the smart cities of the future when the time comes.

Top Best Mechanical Keyboards for Everyone