What does sco pa tu manaa mean? This question has been asked on innumerable occasions, we have decided to give an answer to this question. Read on. 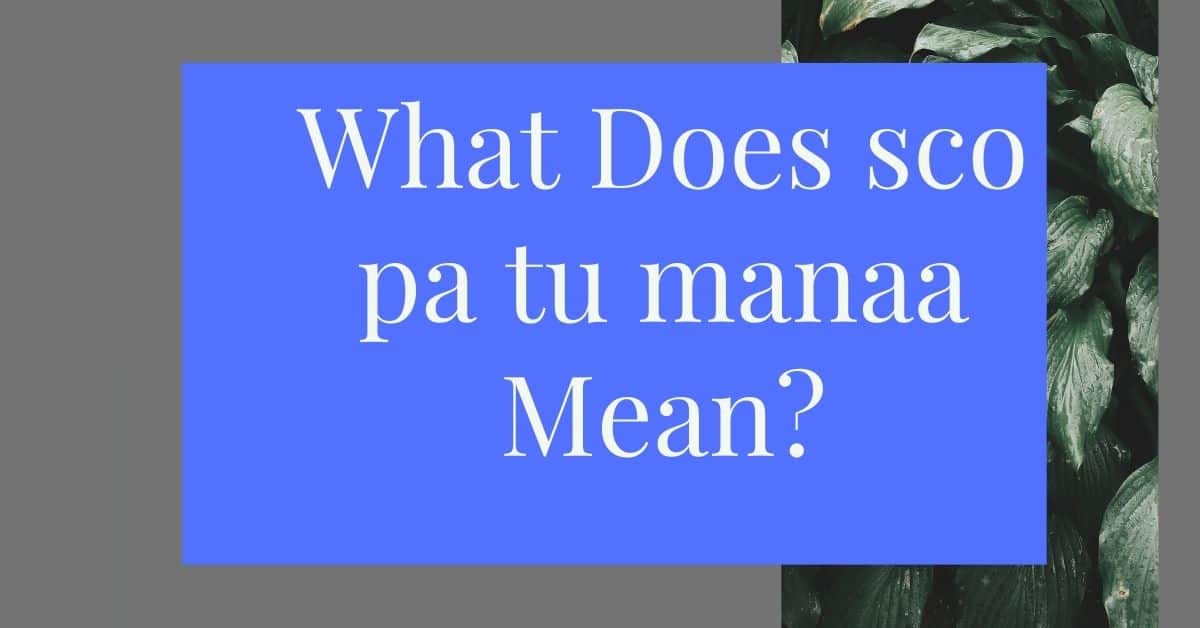 One of the easiest ways to promote languages is by featuring them in music. As the music spans to other countries, both the slangs and languages used in the song have an equal chance to trend.

This sentence ‘Sco pa tu mana’ had not really been known people who had not been to the country it emanates from. Being put into a song and sang by a Ghanian Artist; Patapaa in a Music video titled “Daavi”.

Every day on social media, twitter especially, people get to add ‘sco pa tu mana’ to their posts. the question now is what does it really mean so I don’t end up abusing myself in the name of singing a song.

Sco pa tu mana is not in any official language but has now become an Internet slang to ask an opinion or experience over a particular subject.

Have you noticed that the last word in the sentence used in this post varies in spelling? one has a single ‘a’ and the other has a double ‘a’. You should note that the difference is not a mistake as Sco pa tu mana is different from Sco pa tu manaa.

So an excuse to that song might be the Artiste way of expanding his reach and bringing in another language in his song.

Below are the actual meanings of Scopa tu mana from the light of its origin;

In the Malay language, Sco pa tu mana means where is that? whereas Sco pa tu mana in the Hawaiian language means I will hit you but can also be interpreted as I am sorry.

Funny enough, to some people, it means none of these. it is only seen as an Internet slang to ask an opinion or experience over a particular subject.

For instance, before using a particular product for the first time, one could likely want t to hear people’s testimony about it.

So, putting up a photo of that product and captioning it “Sco pa tu mana” gives people the impression that you need their take on the use of that particular product.

Trust you found this helpful, you do not have to panic over the use of the word ‘sco pa tu manaa in your day to day conversion because from all indication you are not cursing yourself.