Felix Arvid Ulf Kjellberg, who is famously known by his online pseudonym PewDiePie, is a Swedish YouTuber. He owns the most subscribed channel on YouTube.

He was originally focused on pursuing a degree in Industrial Economics and Technology Management at the Chalmers University of Technology. 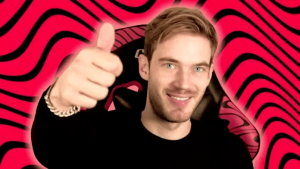 However, he was unable to split his time between his academic requirements and his YouTube channel, so he chose to drop out of school.

Each video shows him playing the game, and commentating on what he sees and experiences, while also showing his reactions to what he is seeing on the screen.

PewDiePie often refers to his fans as the ‘Bro Army’, made up of his ‘Bros’, and he typically performs a ‘Brofist’ at the end of each of his videos.

Subscriptions to his YouTube channel have grown astronomically since he launched the channel in 2009.

In April 2013, PewDiePie’s channel grew to 6 million subscribers. He moved to the United Kingdom in July 2013 for better Internet connectivity. 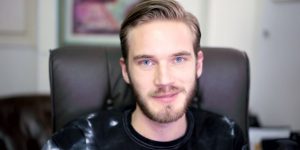 In June 2014, The Wall Street Journal reported that PewDiePie earned $4 million in 2013, which he has confirmed as mostly accurate.

PewDiePie appeared at the top of Forbes’ October 2015 list of the richest YouTube stars with a reported $12 million earned in 2015.

In 2017, PewDiePie used the service Fiverr (which allows people to pay others five dollars for anything) to make a bespoke video featuring two Indian men dancing around and holding a sign that read “Death to All Jews.”

His channel has included much different game series and segments over the years among which his Lets Play series has been widely popular.

His gaming videos on YouTube have helped him to become a gaming personality.

PewDiePie is one of the people that have proven that you can make a good living online.

I hope you find this article helpful? Thanks for sticking with us all the way end to the post. If you have any questions on this, feel free to drop them in the comment section below and do well to share this post.

TED Fellowship Program 2022: Requirements and How to Apply