Pete Buttigieg is an American born on the 19th of January 1982 at South Bend, Indiana, and is the only child of his parents Joseph A. Buttigieg and Jennifer Montgomery. 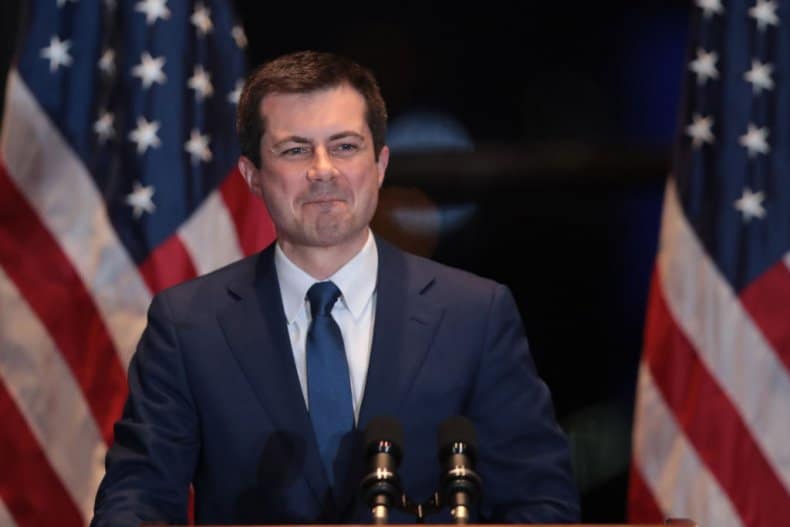 The father who was born and raised in a place called Hamrum in Malta emigrated to the United States of America to pursue a career as a professor of Literature at Notre Dame University.

His father taught at the University of Notre Dame for 29 years and through him, Pete Buttigieg became a dual citizen of both the United States of America and Malta.

Jennifer Montgomery his mother, was born in Stanislaus County in California and she graduated from Rashford High School, Texas where she later got her BA and MA at the University of Texas in 1967.

In the year 2002, Pete was the Valedictorian of his class at St. Joseph’s High School and also won the First prize in a competition that same year in Courage essay contest which made him travel to Boston for the award where he met with Caroline Kennedy as well as several other members of the President’s family.

He later went to Harvard University where he studied History and Literature, got elected as the president of the Student Advisory Committee of the Harvard Institute of Politics where he then wrote his thesis as an undergraduate with the title “The Quiet American’s Errand Into The Wilderness” which was on the influence of Puritanism on the United States of America’s foreign policy.

Pete was later awarded a Rhodes Scholarship to the University of Oxford where he got a Bachelor of Arts degree with First class in Politics, Economics, and Philosophy after his study at Pembroke College in Oxford.

Pete Buttigieg was a member and co-founder of the Democratic Renaissance Project which had about twelve Oxford students.

Pete was an investigative intern at WMAQ-TV before he graduated from college and also did his internship for Jil Long Thompson who was a Democrat during her congressional bid in 2002.

He later worked as a policy and research specialist for few months in New Mexico and Arizona after college on John Kerry’s presidential campaign in 2004 which made him decline a work offer from Barack Obama’s United states senate campaign that same year.

After Buttigieg got his degree at Oxford, he worked at the Chicago office of McKinsey and Company as a consultant where he worked on retail, energy, economic development, and logistics for a few years.

Pete started his military deployment in Afghanistan in 2014 after he joined the United States Navy Reserve through the direct commission’s officer program where he was sworn in as an ensign in Naval intelligence in the year 2009.

Pete Buttigieg was an armed driver for his commander on several trips to Kabul in Afghanistan where he earned the nickname “Military Uber” for his careful watch over the vehicles.

Pete learned Dari which was the local dialect of the Afghans to enable him to communicate better with the locals and he also got awarded the Joint Service Commendation Medal before he resigned from the United States Navy Reserve in the year 2017.

Buttigieg later began his April 14, 2020, United States Presidential election campaign where he became the first gay American to openly kick off a Presidential campaign regardless of the shortcomings and setbacks, he was able to gain good progress in the middle of 2019.

Pete became the very first openly gay American candidate to ever win a Presidential Primary and he later dropped out of the Presidential race and endorsed Joe Biden the following day of March 1, 2020.

Pete Buttigieg and his gay partner were Chasten Glezman who have both been together since the year 2018 decided to come out open after giving it a lot of thought which to a great extent gained him the support of the gay population in the United States of America as well as other people during his political campaigns.

That’s all about Pete Buttigieg.