Serving In The State Capital Without Long-Legs

Do you wish to get a better posting after your orientation camp?

Do you wish to be posted to the city?

Do you particularly hope to be posted to a well paying, and an opportunity inclined PPA?

Then your desire cannot be farfetched. Today in this article I am going to reveal to you simple but definite ways in which you can serve in the city without long legs.

Without mincing words serving in the city has its own advantages and its disadvantages. But there can be more advantages especially when you get posted to a good PPA like the ministries, government house, government parastatals, oil firms, and organizations such as that. Interestingly, it is such organizations that this article is interested in. You can also serve in these places.

In the next few lines I am going to mention certain things you need to do, or certain groups you need to join and suggestions on how to go about them. 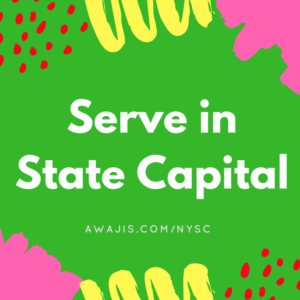 Every platoon coordinator always has at least a slot or two to determine the posting of any Corp member of his choice. He is always expected to forward the name of his platoon leader for a better posting and can even take suggestions from the platoon leader about where he would like to be posted.

To be frank with you if you have good looks, have a good height, better stature and a vibrant spirit you have a better chances of winning the nomination of the platoon leader of your group.

Read: What Goes on at NYSC Orientation Camp?

Joining the orientation broadcasting team of the camp can be one of the best things you can do for yourself in your service year.

The OBS is involved in giving out vital news and information to the camp, providing enabling sound system for social activities and spearheading different programs.

They are in need of engineers, writers, journalist, media presenters and skills like that.

Suggestion: As much as possible try to be vibrant, and up and doing when you join the team. This would give you a better edge in getting being selected to be given a better posting.

The Red Cross crew is an important part of the orientation camp experience. Due to reoccurring incidence of people fainting, the unforeseen accidents and lots of the minor hospitalization cases during parades, sports and other exercises, the duties of this Red Cross team  in providing immediate First Aid to go a long way to avert possible life threatening situations.

Suggestions: Be an active member of the group this would go a long way to gain you a slot in a getting a good posting.

If you know your way around making friends you can easily make friends with soldiers, the man o’ war, the civil defense, the police and other officials. Although that may not guarantee your getting a slot into a better posting, but you never know, these people could be close to one or two people who could help you out. It is possible that they can get impressed by your personality and might choose to do one or two kindness for you.

Suggestions: You do not want to be start making this friendship at the tail end of your orientation camp when you know the posting process must have started. Rather, try to make them friends as soon as possible, and your endearing and unselfish personality to them can actually open up their heart to help if they only they have such connections.

In addition to making friends having the persuasive oratory to win people over can be an added edge to talk officials into giving you a good posting.

Suggestions: the chances are minimal if your sweet mouth is not mixed with friendship, persuasion and an appealing or charismatic character.

Read: THINGS YOU SHOULD ACHIEVE IN YOUR FIRST 6 MONTHS OF NYSC

In fact wining any award in the orientation camp gives you a higher possibility of being posted to the city area or to a better place.

Prominent competitions that you can win in and get a chance for a better posting are Miss NYSC, Mr. MACHO, Marching crew, Dance Group, Drama and Band Group.

Suggestions: Support your dance and drama crew as much as you can. Do your best to practice and win the Miss NYSC or Mr. MACHO.

Interestingly through prayers you might be blessed with favor in a divinely spiritual way.

Also there are some camps where Corp members who have skills in computer science or are proficient in the use of computers are called upon to do the posting job. It could be your turn to shine if you volunteer for such duties.

I believe this article would be a helpful lead for you as you work towards gaining a place in the city or a better posting in the city. Thank you for the minutes of your time.

What NYSC Orientation Camp Can Do for You

Be an ICT Literate Before Passing Out 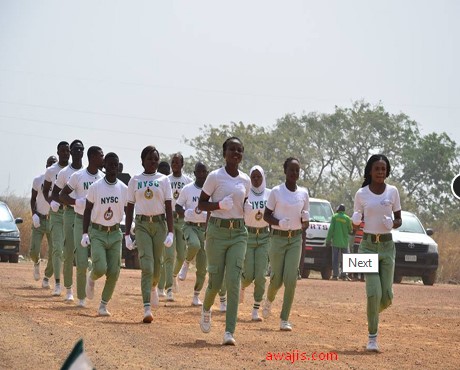 NYSC Mobilization Time-Table For 2019 Batch B

12 Reasons Why You Should Become a C.L.O During NYSC