The Rise of the Naturalistas | Relaxer was a Mistake

The rise of relaxers for hair was a direct result of a mistake. The creator, Mr. Garrett Augustus Morgan in 1909. It was as a result of trying to ease friction in a sewing machine in his tailor shop. 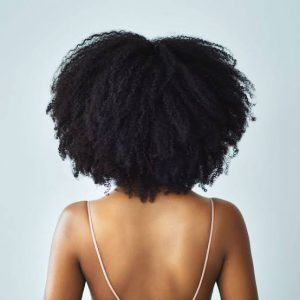 Morgan tested his cream on a neighbouring dog’s fur. With the success of the cream, he established G.A. Morgan Hair Refining Company and began selling his product to African Americans.
The way a relaxer is used, it’s applied to the base of the hair shaft and remains in place for an interval, during which it alters the texture of the hair by causing a process of controlled damage to the protein structure of the hair.

When the relaxer has worked to the desired degree, the hair is rinsed clean. Regardless of formula, relaxers are always alkaline to some degree, so it is prudent to neutralize or even slightly acidify the hair with immediately afterward.

The prompt use of hair conditioner is also important in order to replace some of the natural oils that were stripped away by the process.

The use of relaxers caused a lot of problems including alopecia, cancer and more.

The natural hair movement is a movement which encourages women of African descent to cherish and learn how to take care of their natural afro-textured hair. Born in the USA during the 2000s, this movement is named “mouvement nappy” in French-speaking countries.

The movement designates black women who wear afro-textured hair in its natural, coiled or curly state (as well as those who do not chemically straighten their hair but may still choose to wear it straight). The word “nappy” has been subjected to denigration since the Atlantic slave trade made out of “natural” and “happy.”
These women, called “nappy girls” or “nappies,” give up “relaxing” and let their hair grow in its natural texture. Their hairstyles can be simple or more sophisticated, by the adoption of hair twists, braids or even locks. Not everyone who wears their natural hair chooses to forgo all (non-chemical) forms of straightening or styling. Additionally, “being natural” does not necessarily indicate a strict adherence to any particular type of product or styling regimen; nor should it be tied exclusively with certain social or political beliefs. Women (and men) choose, or are forced into, being natural for a wide variety of reasons.

There is in fact, some controversy regarding natural hair as several consider natural hair to be a duty for people of African descent and others consider it to be raggedy and in need of extra care or unprofessional looking. Whether or not you do have natural hair, as long as it’s well taken care of, it shouldn’t matter to anyone.

MTN Airtime Transfer Guide | How to Use MTN Share and Sell

bblog
CAC registration guide for registering a school… Everybody with this kind of business plan is looking for how…
bblog
Sterling Bank WhatsApp Banking: For some days now, I’ve been updating you on banks that allow you to…
bblog
Nnpc/Total 2021/2022 Jv National Merit Scholarship Scheme – totalcsredu.com. Hello guys, here is a complete guideline on how…
bblog
This is a detailed guide for the 2022/2023 NOUN accredited courses and requirements for a diploma, undergraduate and…
bblog
Are you looking for a social network app that can connect you more than Facebook? If yes, then…
bblog
How to Add Business Listing to Yahoo. Do you want to know how you can list your business…