Have you heard of the two mythical figures, Lycan and Werewolf? Let me take a moment to compare and contrast a Lycan and a Werewolf. You’re sure going to learn something new about Lycan Vs. Werewolf. 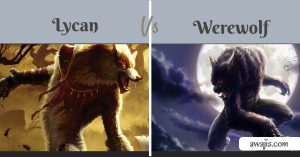 What are a Lycan and a Werewolf?

A lycan and a werewolf are fictional or mythical creatures.

They are both about the transformation of humans into wolves. However, they differ significantly.

It is widely held that people are transformed into werewolves and lycans when another werewolf or lycan bites them.

It may interest you to know that “lycanthropy” is also a current term for mental illness. It is a psychological condition in which a person believes they have been transformed into an animal. Such people act like animals. 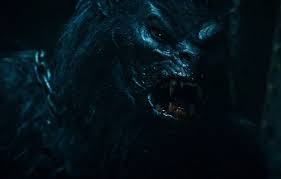 Let us delve deeper and explain what lycans truly are.

A Lycan is a Greek mythological creature.

Lycan was described in Greek folklore as a naked man who ran through the streets biting anyone he encountered with his bare teeth.

Other folklore referred to it as lunacy.

These stories evolved into what we now know as the story of men transforming into wolves.

As a result, a lycan is a mythological character who can transform from a human into a wolf.

A deliberate transformation can occur at any time or place. In other words, a Lycan can shapeshift at will.

When another Lycan bites a human, he transforms into a Lycan.

The tale has it that when a Lycan bites a person, the person experiences excruciating pain throughout his body as if it were on fire. However, the pain is only temporary.

After being bitten, the person immediately transforms into a wolf and can only return to his human form after receiving encouragement from his maker. 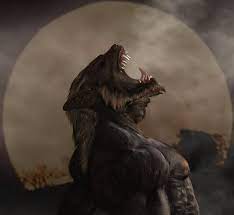 Lycans are intelligent, muscular, and difficult to eliminate. They resemble real wolves, but they are larger and have deadly claws.

They represent a religious practice.

Silver is the only weakness of a Lycan. It cannot, however, kill them. They can only be killed if their spine is damaged or their skull is separated from their spine.

The mythical character of Lycan has been popularised in popular culture by the film Underworld: Rise of the Lycans, which was released on January 23, 2009.

What are Werewolves? Werewolf Mythology 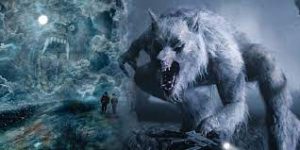 A werewolf is an English folk tale creature.

Werewolves can be traced back to old English folklore produced in the Americas after the Spanish invaded and settled there.

According to English folklore, a werewolf is a man who transforms into a wolf at night and devours humans, corpses, or animals. During the day, however, they transformed into humans.

When another werewolf bites a person, he is transformed into a werewolf. 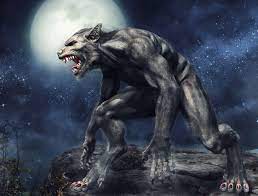 The person in question undergoes significant bodily changes during transformation. His bones lengthen and change shape, sometimes with such force that it tears the skin. The procedure takes several minutes, and the result is a wolf with the posture of a human.

Their popularity stems primarily from the 1941 Hollywood film The Wolf Man.

In general terms, werewolves are people infected by the canis lycanthropy strand, a very specific form of lycanthropy in which the cursed is condemned. This infection converts the person to a wolf/man hybrid on the full moon (or at will, in the more ancient of the lycans).

Comparing Lycans and Werewolves – Their Similarities

What are the similarities between the two – Lycan vs. Werewolf?

Lycans (Short for Lycanthropes) and Werewolves are both humanoids that ‘shift’ into wolf-like creatures.

They are both mythological creatures.

They both define human transformation into wolves.

Interestingly, both the lycan and the werewolf have great superhuman abilities, such as agility, speed, regenerative, coordination, and excellent tracking abilities.

In reality, neither exists outside of books, movies, and the imagination. 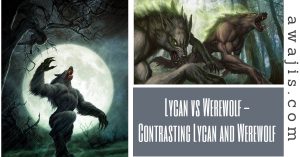 In summary, lycans are pureblood werewolves. They are the original werewolves that are direct descendants of the first werewolf. In addition, they are sometimes described as royals, lone wolves, or alphas (werewolf pack leaders).

As already established, lycans have more advanced senses than the normal werewolf as well as sometimes, special abilities that set them apart from the average wolf. They are also normally bigger in size and dominance, although some stories portray them as lone wolves who compete with large packs for territory and food.

I sure hope you now better understand the concepts of lycans and werewolves.

If you have any questions or contributions to this article, you can drop them using the comment section below.

Check out awajis.com  for other informative articles. Thank you.

How to Apply for the Blue Waffles Clinic Scholarship 2022

bblog
Nigeria’s yellow fever card is a certificate showing that a traveller has been vaccinated. It is an internationally…
bblog
According to Wikipedia and with our knowledge of what a Boarding school is;- A boarding school is an…
bblog
N-power Login Portal – See how to access your N-power login portal in 2021 at www. npvn.npower.gov.ng right…
bblog
KENPOLY HND Admission Form – Are you an aspiring candidates of KENPOLY? If yes, then this article is…
✔✔ Ask Awajis
Below is the comprehensive school fees schedule for ambrose alli university. Banks for each of the faculty has…
bblog
Are you considering purchasing a new SIM card or do you know someone who urgently needs one? If…