Nigeria is country that is located in the sub-Saharan part of Africa. 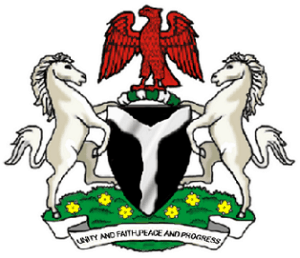 One importantt thing to note about Nigeria’s politics is the amalgamation by Lord Lugard, it was the uniting of two protectorates: the northern protectorate, predominantly populated by the northern Muslims and the southern Nigeria, populated by mostly the Yorubas and the Igbos. The action took place in 1914.

This article display few events that are unforgettable in the history of Nigeria, it reflects and imparted on the future of the country. These events are both of the past and in the present.

Read below to find out these memorable happenings:

1851 (December 26-27): Royal Navy warship bombards Lagos. Oba of Lagos (Oba Kosoko) is wounded and flees to Epe.
On board the ship was Lt. Labulo Davies, probably the first Nigerian to be commisioned in a naval force.

1862 (January 1): Lagos Island is annexed as a colony of Britain

1862 (January 22): Mr H.S Freeman is appointed as the first Governor of Lagos Colony.

1885: Oil Rivers Protectorate proclaimed by the British after they had defeated of King Jaja of Opobo, the Oba of Benin and subdued all prominent oil merchants of the Niger Delta.

1892 (19 May): At the Battle of the (sacred) Yemoja River the British wreaks havoc amongst the Ijebu infantry with a British Maxim (capable of firing 2000 rounds in three minutes).

1897: The British overthrow Oba Ovonramwen of Benin. One of the last independent West African kings.

1954: The position of Governor was created in each region after the Federal System of Government is adopted.

1959: The new Nigerian currency is introduced

1959: Northern Peoples Congress(NPC)and Niger Delta Congress(NDC) go into alliance to contest parliamentary elections. The alliance earned the Brass Division a seat in the Federal Parliament for the first time.

1960(July): Sir Adesoji Aderemi becomes 1st Nigerian and 1st African to be appointed Governor in the Commonwealth. He became Governor before Nigeria got independence.

1960-1966: First Republic of Nigeria under a British parliamentary system.

1960: Nigeria’s joins with Liberia and Togo in the “Monrovia Group” which advocated an extremely loose organization of African states.

1961 (February 11 and 12): People of Northern and Southern Cameroon went to the polls to decide on joining independent Nigeria or the French territory of Cameroon. The south voted to leave Nigeria and the North decided to join Nigeria.

1961 (October 1): Southern Cameroon ceases to be a part of Nigeria

1962: By this time, the northern Northern People’s Congress (NPC) controlled the federal government, while violence in the western region forced the dominant party there, the Yoruba “Action Group” (AG), to split in two.

1966 (May 29): Massive rioting starts in the major towns of Northern Nigeria against the Igbo minority in the north and nearly 30,000 died.

1966 (July 29): A group of Northern officers and men storm the Government house Ibadan where General Aguiyi Ironsi was staying with his host, Lt. Col Adekunle Fajuyi. The men are arested and killed.

1966 (August 1): Lt. Col Yakubu Gowon announces a take-over of the government to the nation

1967 (July 6): First shots are fired that formally start of about thirty months of the Biafran war.

1971 (April 2): Nigeria changed from driving on the right hand side of the road to the left.

1973 (May): Government establishes the National Youth Service Corps Scheme and introduces compulsory one year service for all graduates of Nigerian universities.

1974: General Gowon reneged on a promise to restore civilian rule in 1976.

1975 (October): Gowon was overthrown in a coup, on the anniversary of his ninth year in office, by General Murtala Mohammed. Murtala rolls out transition plan to civil rule due to terminate in 1979.

1976 (February 13): Murtala Mohammed was gunned down, in an abortive coup attempt, on his way to work from his residence.

1976 (September 2): The Universal Primary Education Scheme (UPE) is introduced. This was to make education free and compulsory in the country.

1978: Ban on political parties was lifted

1980: The National Party of Nigeria(NPN) forms an accord with the Nigeria People’s Party(NPP)to get a majority in parliament.

1981: The end of the oil price boom led to a general strike and the expulsion of more than one million foreign (non-Nigerian) African workers.

1981: The end of the oil price boom led to a general strike and the expulsion of more than one million foreign (non-Nigerian) African workers.

1982: Governors of the opposition parties, NPP, UPN, GNPP and PRP form the Progressive Alliance to checkmate the ruling party, NPN, especially after the crash of NPN/NPP accord at the national level.

1983: Elections are marred by widespread cheating.

1983(December 31): Major-General Muhammed Buhari led another military coup and overthrew the government of Shehu Shagari. Buhari suspended the 1979 constitution and arrested Shagari and other civilian politicians.

1983-1985: Buhari’s “War Against Indiscipline (WAI)” uncovered corruption in the ranks of government and society.

1988: The government reduced fuel price subsidies as part of its austerity program. In response, transporters raised their prices 50-100% and the rest of the population, especially students, went on strike. Fuel prices were lowered again, making Nigeria a source of smuggled fuel to neighboring countries.

1988: The government increased the number of states in Nigeria to 21 (from 19). Later on, a further increase brought the number to 30.

1991: The government reversed itself and allowed “old breed” politicians to take part in presidential politics.

1992: Census figures show that Nigeria is Africa’s most populous country, with 88.5 million people (Egypt is second with 52 million). Nigeria’s GDP is second in Africa ($35 million to South Africa’s $90 million), but per capita income is only $395.

1993 (June 23): Babangida came on air to give reasons for annulling the results of the Presidential election. At least 100 people killed in riots in the southwest, Abiola’s home area.

1993(August): Scheduled second round of presidential elections were not held.

1993 (August 26): Babangida keeps his promise to step down by naming an interim government of his own choice, headed by Ernest A. Shonekan.

1993 (October): The youthful group Movement for the Advancement of Democracy hijacked a Nigerian airliner to Niger in order to protest official corruption.

1993 (December): Abacha decided to keep the state governorships in military hands, in order to use them as patronage.

1994: Abiola proclaims himself president, is arrested and charged with treason. Army suppressed riots and strikes.

1994 (May): Abacha organizes the election of a Constitutional Conference.

1994 (October): The Nigerian government established the “Petroleum Trust fund” to disburse profits from the oil industry for public works and social intervention.

1995 (27 June): To celebrate the completion of a Draft Constitution by the Constitutional Conference, General Abacha re-allows political parties and political activity whithout “ruthless or provocative expressions”. He does not, however, announce relief for political prisoners nor a deadline for elections

1995 (July): Former President Obasanjo is sentenced to 25 years in prison by a secret military tribunal for alleged participation in an attempt to overthrow the government.

1995 (September): Abacha gives way to international pressure by reprieving alleged coup plotters who have been sentenced to death.

1995: Writer Ken Saro-Wiwa and eight members of his Movement for the Survival of the Ogoni People are hanged for murder. Commonwealth suspends Nigeria. Arms and visa restrictions are imposed by the United States, European Union and South Africa impose . Abacha announces plan to restore civilian rule on October 1, 1998.

1997 (January): Price of petrol is raised by 338 percent by the the Nigerian government, to reduce inflation and combat corruption. The governemt also introduces a five percent value-added tax (VAT), and devalued the currency by 386 percent.

1997 (December): Shehu Musa Yar’Adua, a former vice-president and political opponent of Abacha, died in prison, leading to charges that he was poisoned.

1998 (June 8): General Sani Abacha died unexpectedly of a heart attack as he is poised to stand as the sole candidate in the August presidential elections.

1998 (July 7): Moshood Abiola died in detention of a heart disease before he could be released in a general amnesty for political prisoners. Rioting in Lagos led to over 60 deaths.

1998 (Nov 3): Obasanjo declares his intention to run for the presidency.

1999 (January 9): Elections to elect governors and legislators for Nigeria’s 36 states.

1999 (February 16): Falae named joint candidate of the alliance of All Peoples Party and Alliance for Democracy. Ogbonnaya Onu refuses to stand down for Falae.

1999 (July 19): Scandal breaks out in the Federal House of Representatives over the qualifications of the speaker, Ibrahim Salisu Buhari.

1999 (July 21): Ibrahim Salisu Buhari resigns as the Speakerof the Fedral House of Representatives.

Google's Project Treble: What's it All About?

✔✔ Ask Awajis
Whether you’re a die-hard football fan or a die-hard Motorsports fan, you can rest assured that you’ll have…
✔✔ Ask Awajis
So you want to pay a visit to a foreign country, and you need a visa on arrival…
✔✔ Ask Awajis
If you’ve been searching for cash advance apps that work with Cash App, this article will give you…
✔✔ Ask Awajis
Makerere University MCFSP – This page contains everything you need to know about the MasterCard Foundation Scholars Program…
bblog
Proverbs are wise sayings, coughed up by the elders especially in African settings to advice or serve as…
✔✔ Ask Awajis
NTEL Offices: In this article, you’ll get to find out major NTEL outlets in these 3 major cities,…