You should know about storage usage if you’re using Gmail or Google Photos because it shows you how much of your allocated 15 GB of storage you’ve used up and how much is still available.

While most people can manage 15 GB worth of storage space, it is not enough for some online users. Using Google Drive when collaborating on large-sized documents or saving bulky email attachments can consume all the space available. This is why you need Google One. 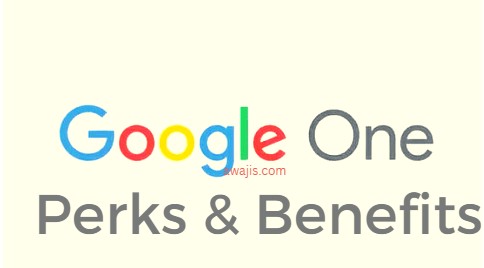 What Is Google One?

Before Google One was introduced, Google gave out subscription packages to users via its Google Drive platform. All Google platforms can synchronize with and use storage packages purchased on Google Drive.

However, in May 2018, Google launched Google One as its latest official tool for buying storage space. Next, it reinstated Google Drive to its previous status as a storage service.

Google One is primarily a repackage of Google Drive, with different pricing levels and a few other nice updates. It can be likened to an improved version of Google Drive with a few enhanced features.

Not convinced yet? Let’s explore these perks Google One users enjoy. Please be aware that as the service gets popular, Google may decide to discontinue providing these perks or change its features.

Google One users spread across multiple countries disclosed that they got a voucher of $5.00 credit to spend only on the Google Play store with a message from Google that read:

We’d like to appreciate you for being a Google One member by giving you a $5 Google Play credit. Give yourself the gift of entertainment by watching movies, playing games, and more.

If applicable, Google One members receive up to 40% off various hotels when they browse for lodgings while logged into their Google account.

The value of the discount received on hotel deals via Google One varies depending on the day, time, and other variables. Perks differ from country to country and are constantly changing.

Users who upped their Google One subscription to the 2 terabytes plan were also given free or discounted Nest Mini gadgets.

The cashback benefit is only accessible to subscribers in the United States, Canada, the United Kingdom, Germany, and Australia.

What’s the importance of Google One? Here are four reasons to consider becoming a Google One subscriber.

Consider them to be the best tech help available. Google Experts are trained professionals that assist in answering customers’ inquiries about Google services and products. These “experts” are not accessible to the average Google user.

If a user has encountered problems using the app or any other service offered by Google, they have 24/7 quick contact with Google experts.

Google allows users to share their storage plan with a maximum of five family and friends (six in number, plus the sharer) by setting up a family group or by joining an existing group.

Furthermore, as a Google One subscriber, you can offer your family access to Google Experts and Google One’s secure VPN (more about this shortly).

Another benefit of family storage is that even while the storage capacity is shared by several users, only you can allow other users to access your data in the cloud.

Users of Google One with plans of 2TB or more get access to Google’s dedicated VPN, which, according to Google, “will secure all of your web activity for an additional level of protection anywhere you ‘re online.”

Because the VPN in the Google One app can be launched with just one click, there is no need to install another VPN app.

This is a good deal if you regularly use local Wi-fi networks and use up plenty of cloud storage.

Note: At the moment, only US-based Android users can access the VPN (through the Google One app). Google said the versions for iOS, Windows, and Mac will be available for everyone soon.

Is Google the Best Cloud Storage Platform Out There?

How you assess the effectiveness of a cloud storage platform is primarily dependent on your individual needs.

If you are a big fan of the Google ecosystem, Google One is likely your best bet. However, that might not be the case for everyone else.

Feel free to play around with other cloud storage systems to discover if it meets your needs.

bblog
N-power Login Portal – See how to access your N-power login portal in 2021 at www. npvn.npower.gov.ng right…
bblog
In today’s article, an attempt will be made to present you with the list of countries without the…
bblog
Is WWE Real or Fake? The question about the authenticity of the WWE is as perennial as WWE…
bblog
When Was Photography Invented? Yes, it’s quite hard to imagine the world today without photography, the en-capsuring of…
bblog
Even though Nigeria is one of the countries with the highest unemployment rate recorded, there are over one…
bblog
There was excitement about five years ago when a popular YouTube star announced she wanted to produce a…