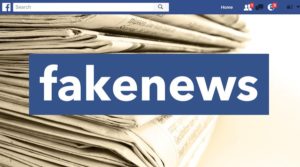 The success of Facebook News Feed, created about a decade ago, has inadvertently created a huge problem known as fake news.
When Facebook created News Feed in 2006, it was simply to address a simple problem: to sort out the problem of keeping up with the many friends or contacts users have on Facebook. When Facebook started, if a user wanted to know what their friends were up to, they had to click each friend’s name to access the profile to see what was recently posted.
But as the social forum expanded, it became unworkable to have users click on the profiles of hundreds of friends. So News Feed was created to curate what each friend posted in an orderly time line.
Ten years on, especially since last year, News Feed has become so successful that people now mistake it for Facebook itself. That is understandable as it is the first thing users see when they visit the forum.
But the success has created the ‘fake news‘ monster. This unintended consequence of success has had serious, far reaching effect on the way people read and react to news around the world.

Facebook’s News Feed has become so big it is now the most important and most influential source of information for most people.
Most people now get their news from Facebook or through Facebook as people share news they got elsewhere on the platform. In fact, many big media houses admit they get a large chunk of their traffic from Facebook.
The Facebook News Feed inadvertently became a victim of its success. Because the medium is free to access and anybody can post what they like for their friends to read, people with nefarious intentions took advantage of the platform.
They share unverified news on Facebook. Some of these unverified news, otherwise known as fake news, quickly become viral misleading the unwary. The pattern is simple: the more sensational the headline, the more viral the news.
The issue of fake news quickly becoming viral came to head in the months leading up to the US presidential election last year. The most popular of these fake news was the endorsement of Candidate Trump by the Pope. Actually, it was a completely fabricated news. The Pope never endorsed anybody.
And guess the biggest medium used for propagating these news; Facebook’s News Feed of course.
In a way, Facebook has become what Mark Zuckerberg did not want it to be: a big media outfit. Completely diluting the neutrality of a social forum.
Who are the creators of these fake news? What are their agenda? What do they hope to gain?

Unfortunately, Fake News became a multi-million dollar industry giving the creators enough incentive to keep on churning out more lies as news.
The small town of Veles in Macedonia, Eastern Europe, is a good place to go to understand how easy it is to create fake news. The town has become notorious for the army of young kids making thousands of dollars monthly from the business. The young men of Veles, for several months last year, raked in enough money to live like kings in the small town.
The operation was simple enough:

More than 1 billion people use Facebook daily. It is not hard to imagine how easily any sensational news item can easily become viral around the world.

The adjective ‘killing‘ in place of ‘fighting’ would have been misleading in a sense. Here is the thing: as long as Facebook is free and largely unregulated, people who continue to post fake news would be there.
The next best thing for Facebook is to combat the fake news scourge. It is going to be a never-ending battle: in a few short words: ‘The world will always live with fake news.’
How Facebook reduced the influence of clickbaits is a good pointer to how fake news would be tackled on News Feed.
For example, about 4 years ago, Upworthy was enjoying tremendous traffic. It had about 90 million visitors a month. Clickbait was the magic.
You must have seen these headlines. They contain words like ‘oh my God!‘ or ‘You would never believe this happened!’ or ‘See what (insert popular personality’s name) did when he discovered….!’
These headlines are meant to trick people into clicking them. But the information, more often than not, is rubbish.
Facebook engineers developed a program and fed it variables to analyze how users reacted to headlines like that after clicking them. The result showed a consistent pattern of disaffection from users. The dissatisfaction showed in how users

Using these results, Facebook was able to reduce the number of clickbaits appearing on people’s News Feed. To show how successful it was, Upworthy’s traffic is now down to about 18 million monthly. The website has now publicly disowned the practice of using clickbaits.
Facebook’s most obvious move in tackling fake news came with the recent announcement that it had created a fact-checking group to help combat the menace. Snopes and PolitFact are the two major partners to act as gatekeepers for news on Facebook.
The group would now flag phony news shared on Facebook News Feed. So if it appears on your feed because a friend of yours decided to share it, you would see a warning sign beside it informing you the news could be fishy.
The success of this strategy will only be ascertained in months to come. But the challenge is clearly daunting. Facebook is growing by the day. More and more people have reason to post what they fancy on Facebook. Nobody will stop them given the nature of how Facebook operates.
So they are only left with the grim reality they can only reduce the number of times fake news items become viral. But people would continue to share the news that fits into their preconceived notion of how the world should be. Many of these news would be fake.  And many still would believe them.
Sadly, the fake news monster would never be slain.