Instagram is a photo and video-sharing social networking service created by Kevin Systrom and Mike Krieger and was launched in October 2010 exclusively on iOS. 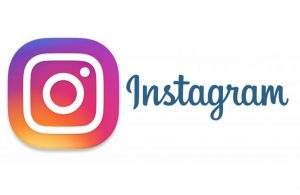 Instagram for Android devices was released two in April 2012, followed by a feature-limited website interface in November 2012, and apps for Windows 10 Mobile and Windows 10 in April 2016 and October 2016 respectively.

The Instagram app allows users to upload photos and videos to the service, which can be edited with various filters, and organized with tags and location information.

Instagram also added messaging features, the ability to include multiple images or videos in a single post, as well as “Stories”—similar to its main competitor Snapchat—which allows users to post photos and videos to a sequential feed, with each post accessible by others for 24 hours each.

After its launch in 2010, Instagram rapidly gained popularity, with one million registered users in two months, 10 million in a year, and ultimately 800 million as of September 2017.

In April 2012, Facebook acquired Instagram for approximately US$1 billion in cash and stock. As of October 2015, over 40 billion photos have been uploaded to the service.

Instagram is a photo and video-sharing social networking platform, launched in 2010.

WhatsApp is one of the most popular social media platforms available to all smartphone users worldwide.

Oculus VR is a Virtual Reality software and hardware company.