Cyprus is one of the most beautiful countries in the Mediterranean that is located between Europe and Asia; Based south of Turkey and close to Italy, the country is geographically located in Asia but it is politically a European country, Cyprus is well known for its low cost of study in comparison to other prestigious European study destinations.

The country spends over 7% of its GDP on education which is a very high number compared to other nations of the EU. With that, the university function around 12 major universities as well as multiple institutes of higher study across the country.

C. D. A. College was established in 1976 as an educational institution that produced students into the Travel and Tourism industry.

The courses were later restructured to reflect the path the country had set. Students are provided with the needed skills to grow and thrive when they leave the confines of the school.

The accommodation was created with the student in mind. Students feel at home here and their general concerns about living on campus are adequately addressed. C. D. A. College Cyprus is another great school that international students from around the world would love to enroll in.

The University of Nicosia was established in 1980. With over 12,000 undergraduate and postgraduate students, it is said to be the largest university in Cyprus. The university is made up of a large campus located in the suburb of Engomia in Nicosia.

The academic profile of the university consist of 6 schools of study including the schools of business, science & engineering, education, humanities & social science, law and medical school.

Collectively, through these schools, the university offers over 100 standard on-campus as well as online learning programs which are at bachelor, master as well as doctorate levels.

The University of Cyprus is a prestigious Cypriot public research university that is located in the capital city of Nicosia.

Established in 1989, the university has grown into an internationally recognised institution with over 7000 undergraduate and postgraduate students.

The academic organisation of the university is made up of 8 faculties of study including that of humanities, pure/applied sciences, social sciences & education, engineering, economics & management, school of medicine and the faculty of letters.

Despite its relatively recent inception, the university has grown into a globally reputed institution of higher education.

Established in 1979, the Eastern Mediterranean University is also a public research university that is based in the city of Famagusta on the east coast of Cyprus.

With a student population of over 18,000 undergraduate and postgraduate students, the university is one of the largest institutions of higher education in the region.

A wide range of Bachelors, Masters and Doctoral programs are offered to the students, as well as research-specific courses of study. Collectively, these include up to 141 programs of study.

The primary languages of instruction are English and Turkish.

Frederick University is a cheap university in Cyprus.

The university was founded in 1965 and operates on two main campuses in the cities of Nicosia and Limassol.

It has been considered to be one of the most energetic and vibrant institutions of higher studies in the country and offers a wide range of courses at a diploma, bachelors and masters degree level.

Teaching and research are most dominant in the areas of science, technology, arts and letters at this beautiful university.

Although it is a small university, it presently has a student population of over 3000 students.

The Cyprus University of Technology, a public research university that is one of the most recent additions to the higher education system of Cyprus.

Founded in 2004, the university was established as a means of bridging the gap of offering degrees of study that are not particularly offered in other institutions of higher learning in the country.

It is situated in Limassol, which is the second-largest city in Cyprus.

The university has an orientation towards more applied areas of research and has already become recognised as an academic and research hub for science and technology in the country.

Girne American University, which was established as an American-style institution of higher education in 1985 by Mr Serhat Akpinar. It was among the first universities in Cyprus to be recognized by the YOK (Turkish Higher Education Council).

The university has educational partnerships with schools in different countries, including India, the UK, Sri Lanka, Kazakhstan, and the United States, among others.

The university has ten faculties and nine schools providing a good variety of programs for its students.

The European University of Lefka. In this school in Cyprus, all international Undergraduate students are admitted to the undergraduate programmes on a 50% scholarship.

The all-inclusive tuition package with a 50% scholarship per academic year is $2,800 US Dollars.

All International Graduate students are admitted to the Master’s programmes on a Special Tuition Package.

The all-inclusive Special Tuition Package for the entire non-thesis program is $4,140 US Dollars.

The all-inclusive Special Tuition Package for the entire programme with thesis $4,200 US Dollars.

All International Postgraduate students are admitted to the PhD’s programmes on a Special Tuition Package. 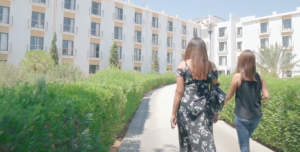 With a fully English-speaking staff and an exceptionally low student/faculty ratio in many departments, CIU can provide individual development for its students, both locally and internationally.

The annual tuition fee for all international students studying in Bachelor (undergraduate) programs in CIU averages under 3,600 Euros per year except Pharmacy, which costs 7,000 Euros per year.

The Near East University was established in 1988.

As an international higher education institution employing highly qualified staff, NEU offers the most extensive undergraduate and postgraduate education opportunities to over 25000 students coming from over 100 countries.

The school has 16 faculties comprising 220 departments and programs, 4 graduate schools with around 200 graduate and postgraduate programs, and 4 high schools, 28 research institutes, and has several international memberships.

This university in Cyprus undergraduate tuition fee is below 5000 Euros for most of their programs.

All International students receive a 50% scholarship on their standard tuition fee thereby, bringing the yearly fee to around $2,800 per year.

You stand a chance of studying for free in this university as an international student, but for that to be possible you have to maintain a certain level of brilliance and work rate.

International students who are granted any kind of scholarship or tuition waiving are required to sustain a 2.00 out of 4.00 GPA to continue benefiting and receiving the granted scholarship.

Students who receive a GPA below 2.00, cannot maintain the benefit of the scholarship award for the next semester unless they increase their GPA up to 2.00.

TLC is a private institution of Higher Education located in Cyprus.

This institution was set up in 1986 under the name ‘Rea College’ but was later renamed ‘The Limassol College’ in January 2012. It was the first institute of Higher Studies in Cyprus to offer a 4-year Degree in Aesthetics and Cosmetology.

This has allowed the school to build an outstanding reputation in the field of Aesthetics. Students from the UAE will find The Limassol College, Cyprus, to be an amazing place to study, and have some part if not all their tuition fees waived.

Global College was established in 1972 and has been committed to providing top-quality education in Cyprus.

Through a franchise agreement with the University of Roehampton, Global College can provide quality UK courses and degrees in Cyprus.

Global College courses include LLB Law and BSc Accounting, They are among the best in the country when it comes to the mode of teaching and learning and this is one reason why many people apply to study here.

Global College fees are just as low as all other fees in the country.

Characterized by low tuition, and also, possibilities of tuition waived, and other scholarship opportunities. Larnaca College, Cyprus is a private institution of higher education.

They provide a wide range of academic programs to both local and international students.

The institution is registered and recognized by the Ministry of Education and Culture of Cyprus.

Larnaca College is best known for being exceptional in the fields of Hospitality and Tourism, Business Administration, and Information and Communication Technology.

This institution charges a low tuition fee and can be free for some international students when requirements are met.
Final International University, Cyprus is a fairly new institution of higher studies that was established in 2015.

The school first started with 3 faculties and 7 programs. As of the 2017/18 academic year, the school has 5 faculties and 13 programs. Even though Final International University, North Cyprus, is fairly new, it is not moving at a slow pace.

The school is constantly evolving and given enough time, will be mentioned at the same level as some of the bigger and older institutions.

Cyprus institution of Marketing is another cheap and generous institution, with low tuition and can be free when the requirements are met.

Cyprus Institute of Marketing is sometimes referred to as a second chance institution.

This is because they provide opportunities for individuals who never had the opportunity to study abroad but want to further and improve their careers.

Cyprus Institute of Marketing was the first business school in Cyprus and it focuses mainly on marketing science.

International students are invited to apply to this school.

Intercollege was established in 1980 and is considered the most reputable college in Cyprus.

It accepted its first international students in 1981 and introduced its first Bachelor degree programs in 1983.

The Larnaca Campus started operating in 1988 followed by the relocation of its Nicosia campus to a larger campus in 1993.

The establishment of the University of Nicosia saw the transfer of all the Nicosia campus programs to the new university.

The school currently offers a good selection of programs for local and international students. These programs include Nautical Science, Marine Engineering, Aesthetics, Accounting, and Business Administration.

Founded in 2005, The Cyprus Institute officially started operating two years after. It signed several partnerships with different organizations and universities around the world, including the University of Illinois and the Max Planck Society.

The institute has several research facilities it operates in collaboration with different organizations. The institute offers different master’s programs for students with a bachelor’s degree from an accredited and recognized academic institution.

The programs offered by the institute include Simulation and Data Sciences, Digital Cultural Heritage, and Environmental Sciences.

The Cyprus Institute was created to transform Cyprus into a knowledge-based economy. 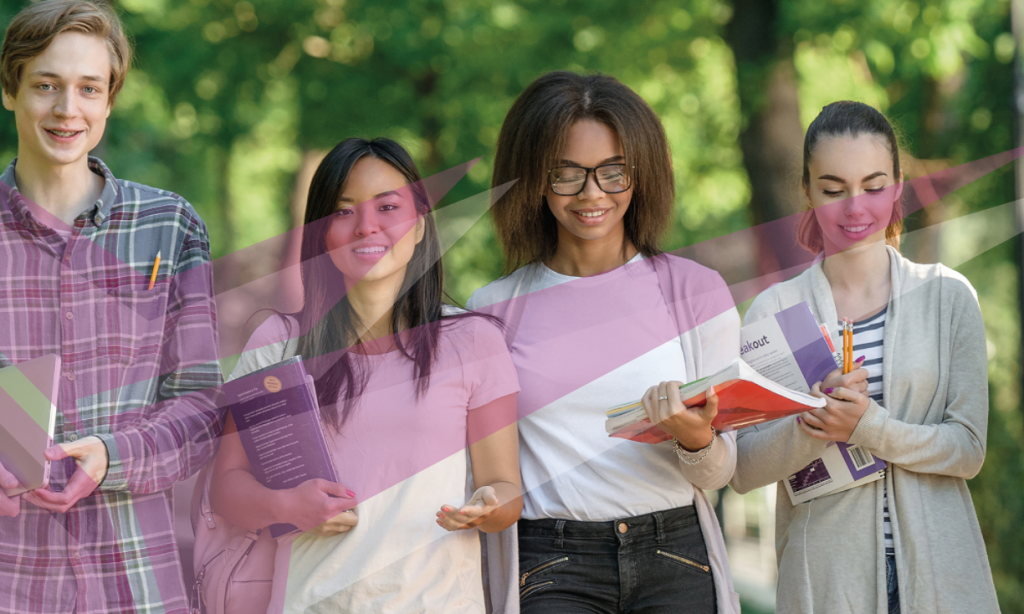 CTL Eurocollege was established as an institution for higher learning in 1991. Though it can trace its origin back to 1966 with the foundation of the CTL Academy.

The academy was well known for its high academic standards and achievements. The college offers several academic courses for its local and international students.

The college aims to assist its students to achieve their academic goals by providing a productive educational environment, it also provides help and guidance on personal and health issues.

Established basically as the second state university, the Open University of Cyprus provides many undergraduate and graduate programs, and it offers degrees with great accreditations.

It is acceptable at any university globally, and it continues to maintain its primary aim by offering high-quality education taught by seasoned and better professors.

Not only is the teaching limited to the classroom, but the education of the Open University of Cyprus is offered to students around the globe with modern technology at its forefront.

In as much as Cyprus is located on an island, the country of Cyprus has many interesting facts and histories that go unnoticed. As we mentioned at the beginning of this article, it is very interesting that the people of Cyprus are not that into fish even though there are many fishes around the island.

Thus, if you so desire to study in Cyprus, this article has enough information on which school you should consider.