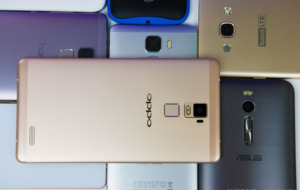 What are the first things you notice when you see a smartphone? Or what are the first things you consider when you want to shell out your money for a new phone? Your answer is likely to be the same with most of the adult population of the world.
The average buyer, and there are many of them, make their decision on what phone to buy based on the following:
The size of the phone – in the early days of mobile phones, it was a case of the smaller the better. These days though, the phone has to be big, and slim to boot. Any serious manufacturer would ignore those things twin variables at their own peril.
Brand name – like almost every goods and service peddled around the world, people associate brands with quality or sub-standard. People tend to stick to their preferred brand name even if there is a better and cheaper device on the shelf right next to it
Aesthetics – everybody wants beauty. Manufacturers know that. Fortunately for phone makers, making a phone look nice on the outside is one of the easiest aspects of making phones.
These are smartphones specs you don’t have to go online to read a review of or head to the OEM’s website to find out. They are right under your nose.
There is a second level of smartphones specs the above average smartphone users look out for. These are specs one can quickly get from a very good phone review website without bothering to read some technical jargons.
Some of them are;
The quality of the camera – smartphone cameras are getting better by the day. People use them for just about anything; from taking shots to capture important moments to recording videos of anything they fancy. The quality of the camera is measured in pixels. The higher the pixels, the better the quality. In theory.
Storage – You need enough space to store your files. Bigger storage space are more desirable obviously
Screen resolution – from the screen resolution specs, knowledgeable people can tell at a glance how sharp, clear and bright pictures, videos and graphics would appear on the phone
The size of the battery – a longer time using the phone in between charging periods is the best option.
There is still a further level of smartphones specs that only the seriously tech-centric phone users bother with. Some of these are:
RAM – a larger RAM is a pointer to how your new phone is going to handle several programs at once without acting up. Basically, bigger RAM equates smoother operations.
Chipset – there are two major chipsets here. Qualcomm’s Snapdragon found mostly in high-end devices or reputable brands. And MTK processors mostly favored by Chinese OEMS.
GPU – this controls the quality and performance of the graphics.
Manufacturers of phones use these as pointers to make phones for their target market. Pick any phone launch, the gist is mostly about how these smartphones specs have been enhanced to improve the user experience.
But is it always the case that the bigger the number of the smartphones specs the better, more sophisticated the smartphones are? Sadly, the answer is a resounding no.
However, it is no so straightforward. The numbers in some cases actually mean better phones. But for the mid-range and budget phones dominated by the Chinese, it is hard to make a case that bigger numbers represent better phones.

When the smartphones specs lie

Camera specs are the obvious place to analyze how OEMs pad the numbers to hoodwink the public. Everybody and their dog know Samsung Galaxy S7 and the iPhone 7 have the best camera from user experience. Both cameras are rated at just 12 MP.
On the other hand, these mid-range phones mostly from China have some mind-blowing camera specs, number wise. For instance:

And there is the wildly outrageous phone camera spec of 96 MP on the Asus ZenFone AR.
There are so many of these phones with such high camera megapixels. And these are even the decent ones. Lower down the brand ladder, there are cheap, budget phones with camera specs superior (in terms of the raw numbers) to Apple’s or Samsung’s flagships. Wrap that around your head.
But these are just numbers. The actual performance shows the smartphones have nothing on the big two (Samsung Galaxy series and iPhones) in terms of superior, quality images.

Many people would be surprised to know that the iPhone 7 has a RAM of just 2GB. On the other hand, so many of these budget and mid-range products regularly slap specs of 4GB and above of RAM on their devices.
One good example is the OnePlus 3 with a mind-blowing 6 GB of RAM
In terms of performance, it is even not proper to mention them in the same sentence with the iPhone 7.

Smartphones specs are not about numbers

Many factors combine in the smartphones to give a seamless user experience. For instance using a huge battery on a phone with a crappy processor won’t make much sense.
However, OEMs do that a lot. Buyers are hooked by the raw numbers. But if the processor is not optimized to use energy efficiently, a heavy user would find themselves charging the phones several times in a day.
other specs follow the same pattern. There must be near-perfect synergy between the various components of the phone to produce top-rated user experiences worthy of the specs. This is what these OEMs fail to do in most cases.

It is all about the bottom line

The smartphone business is one of the most competitive business in the tech world. There is a limited number of customers with disposable income. The only way to get their attention is to slap these fancy specs on new phones.
It is a rat race. And to survive, the smaller brands have to be as outrageous as possible. or to be more charitable, as inventive as possible.
Looking at the horizon, there is no end in sight in the smartphones specs war. The numbers keep getting bigger by the day. For instance, almost exactly a year ago, Vivo’s Xplay 5, a 6GB RAM smartphone was introduced to the market.
The OEM proudly announced it as the world’s first 6GB RAM phone. Perhaps that is the only thing the phone has going for it. A memory of that size is even more than what I have on my laptop. Now watch as other OEMs try to match or even top that.
Unfortunately for the gullible, the market is so unregulated. And sadly, you only know you’ve bought an inferior product after using it for a few days. By then it is too late to do anything about it.

Smart Cities of the Future

Become A Programmer Free Of Charge