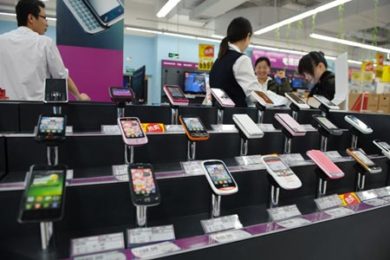 In the high-end phones niche, there are two periods in the year when the there is lots of talk about the price of flagship devices. These coincide conveniently with the time the big two, Apple and Samsung, release their flagship devices.
The first period is in the first half of the year. There is no definite date for it. But we are now at one of those times as Samsung just released the latest in the Galaxy range, the S8.
Expect the next period to be in the last quarter of the year when latest iPhone would be released.
It has been like this for some time now. At least, since the race began between Samsung and Apple to see who can produce the best high-end phones.
Last month’s release of the Samsung Galaxy S8 expectedly tilted discussions to costs of high-end phones in addition to their specs. And it also reminded me that a large chunk of the earth’s population would never get to use these two gadgets.
The reason is of course obvious. They are beyond what any reasonable middle-class person in a developing country can afford. But are phone users who buy these high-end phones being ripped off?

Sometime in 2015, there was real excitement in the world. An Indian startup announced plans
to produce and lauch the world’s cheapest smartphone.
An elaborate plan was conceived by this firm to push out affordable Android devices at about $5. At that price, it seemed an impossible feat. The company though insisted that with creative marketing and cuts in production, they would be able to achieve that.
An Android phone costing just $5 is expected to be extremely low-end. Even the recently launched Nokia should have more features in terms of specs.
However, the promoters of the phone, known as Freedom 251, insisted it would have decent specs. It would be a 4 inch IPS display phone, with 1GB of RAM, 8GB of internal storage (an external card slot can expand that to 64GB with a microSD card) and a 1.3 GHz quad-core processor.
Those are definitely low-end specs, but still impressive if it can be sold for just $5.
A quick search of some online stores shows that the least you can buy phones of that specs is about $50. And these are phone produced by faceless fly-by-night OEMs.
For a moment, the world held its collective breath in anticipation. The thought was, if it were possible to sell an Android phone with those specs at just $5, then it was clear established manufacturers of high-end phones were ripping us off with large profit margins.
To cut a long story short, it turned out Freedom 251 was just a huge scam. At best it was possible the promoters pulled that stunt to drive traffic to their websites. They made millions in ad revenues as millions of people rushed to the site to place their pre-orders.
The site had to be shut down at a point because it couldn’t handle the traffic. The phone itself was just an iPhone look-alike rebranding of a low-end Android phone being sold in some online stores.
The last time I heard about the Freedom 251, the promoters of the phone were under arrest on fraud charges.

Real cost vs. profit margins by the numbers

For what it’s worth, the Freedom 251 saga sparked a lot of interest about how much it really costs to make a phone. The whole episode made people realize it’s possible to get Android Smartphones for as little as $50.
Compare that to the about $750 millions of people around the world have to pay for the privilege of using a Samsung Galaxy S8. Sure, there is the argument that to buy quality, you need to pay for it.
But is it just about paying for qualities? Here are some figures to make you pause and ponder for a while.
The Samsung Galaxy S8 costs approximately $308 to make. At over $700 in the market, Samsung is grossing over 50% in profit margin. The iPhone 7 (32GB) costs about $650 when it was released last year. At a production cost of about $225, that is a whopping profit margin of about 65%.
Almost all the phones in the stables of Samsung and Apple have similar profit margins. None goes below a profit margin of 50% while some are even beyond 70% profit margin.
You can see clearly where this is going. If quality is what people are paying for to get those margins, that must be some quality.

The Quality ‘excuse’ under scrutiny

It is a good thing there are so many brands in the market to choose from. One fallout from that is the intense competition as new brand try to keep their prices down to attract users while at the same time producing high-quality phones.
OnePlus, makers of the OnePlus series of smartphones stand out. When they first hit the market 3 years ago with the tag ‘flagship killer’ everybody stood and took notice of their new smartphone, OnePlus One.
This was a smartphone that had better specs than Samsung Galaxy S5 launched the same year. You couldn’t even accuse the Chinese company of cutting corners with cheap sub-standard components.
And the price of the OnePlus One? It costs about the same amount you would need to buy good mid-range smartphones.
OnePlus changed people’s attitude and intensified the competition in the mid-range niche. Now it was clear to people Samsung and Apple could sell their phones a lot cheaper and still make profits.
After all, OnePlus is still going strong with rumors of the OnePlus 5 making the rounds.

Paying a premium for a brand

If the excuse of quality doesn’t stand up to scrutiny, we are left with ‘brand’ as the decisive factor in the cost of high-end phones from the big two.
Samsung and Apple’s smartphones are the Lamborghinis or Ferraris of the smartphone world. These are top-end luxury automobiles designed for the very rich.
The two companies have built up a brand that screams reliable and trusted over the years. They have hooked a loyal band of consumers who wouldn’t think of using any other brand as long as they have the money.
That makes a lot of sense because almost all of us make market choices based on brand names. We always buy the things we are used to buying over the years. Marketers know that aspect of consumer psychology and exploit it to the hilt to get more money from us.
A new entrant can only shift consumers’ focus if they offer the same quality at a cheaper price. But even at that, some consumers would never betray their brand.
In a nutshell, then, the high-end phones cost so much because brands are taking advantage of consumer loyalty. These brands are marketed as prestige products.
Therefore you need to pay a premium to belong to that exclusive club of users of prestigious brand names.