Biography of Erik Ten Hag – All the Information 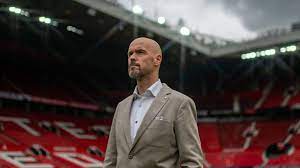 On Thursday, April 21, 2022, Manchester United announced the appointment of Erik ten Hag as Men’s First Team Manager from the end of the 2021/2022 season until June 2025, with the option to extend for a further year.

Ten Hag has risen to become one of the most respected managers globally over the last few years.

But who is this new man, Erik ten Hag?

He is a coach who plays attacking football. Though a defensive player in his playing days.

A sharp, ball-playing central defender in his playing days, Erik spent most of his career spread across three stints with FC Twente, with whom he won the KNVB Cup in 2001.

He is a man who conceives a bright vision and hard work. 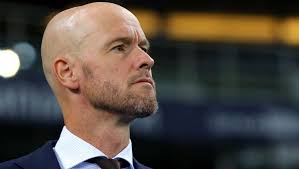 During his playing days, Ten Hag played as a centre-back for Twente, De Graafschap, RKC Waalwijk and Utrecht. 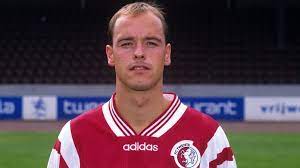 After the end of the 2001–02 Eredivisie season, he retired from active playing at 32 while playing for Twente.

Ten Hag was appointed manager of Go Ahead Eagles in the Eerste Divisie in 2012. He led the team to its first promotion in 17 years during this time.

He went on to coach Bayern Munich II from June 2013 until 2015. During his time as manager, Ten Hag led his team to the Regionalliga Bayern.

Ten Hag then became the sporting director and head coach of Utrecht in the summer of 2015, where he led the club to fifth place during his first season. In the 2016–17 season, he improved FC Utrecht’s final position to fourth, booking a place in the UEFA Europa League qualifiers.

He won his first managerial trophy with Ajax with the 2018–19 KNVB Cup, followed by the Eredivisie title, which brought a double for the club.

In 2021, Ten Hag guided Ajax to their record-extending 20th KNVB Cup. In January 2022, he became the fastest manager in league history to reach 100 wins with Ajax, achieving the feat in 128 matches.

In 2019, Ten Hag led his Ajax team to the 2018–19 UEFA Champions League semi-finals for the first time since 1997 by winning against holding champions Real Madrid 4–1 in the Santiago Bernabéu Stadium at the round of 16 stages.

After that, he also won Juventus away 1–2, having drawn the first leg 1–1 at home in the quarterfinals. 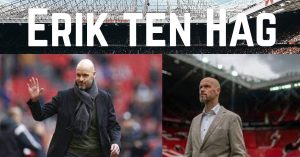 Ten Hag was appointed manager of Manchester United on April 21, 2022. The contract span from the end of the 2021–22 season until June 2025, with the option of extending for another year.

Ten Hag’s departure from Ajax was confirmed on May 16, 2022. This was so he could begin his preparations as Manchester United manager for the 2022–23 season.

He was officially introduced to the Manchester United family at Old Trafford on Monday, May 23, 2022.

His football is exciting and progressive.

Erik ten Hag likes his team to keep the ball. He is attack-minded and looks to be in charge of the game with lots of possession.

Ten Hag is an attacking manager influenced by Pep Guardiola’s positional and possession-based style of play.

Due to his German heritage, he is also very keen on pressing from the front. He has been praised for his tactical versatility in using a false nine or a more conventional figure upfront.

“Guardiola taught me a lot,” Ten Hag said in February 2019. “His philosophy is sensational; what he did in Barcelona, Bayern Munich, and now Manchester City, that attacking and appealing style sees him win a lot.” This is the structure I’ve attempted to implement with Ajax.”

Ajax used a 4-3-3 formation and rarely deviated from it, with overlapping fullbacks, inside-cutting wingers, and a clear, flat midfield structure.

On a lighter note, Erik ten Hag might just be one of the few Dutch persons without a “van” attached to his name. We hope that he can make history at Manchester United.

bblog
Nigerian Army Recruitment Exam Centres… To know the list of all Nigerian Army Recruitment Exam Centres, follow this…
bblog
It’s no longer news that cars with tinted glasses are mostly used to perpetrate crimes in the society.…
bblog
What is the correct usage? Is it a “sumptuous meal” or a “scrumptious meal”? Find out the difference…
bblog
Have you heard of the Cheapest Medical Schools in the World for International Students? Are you looking for…
bblog
In Nigeria, traditional rulers are given different titles based on one thing or the other. So, in today’s…
bblog
Hey guys, today we’re going to look at the list of all the member nations of ECOWAS. What…