The massive dog towers over every other dog on the planet and was officially recognized by Guinness World Records.

Meet Freddy, the Biggest Dog in the World 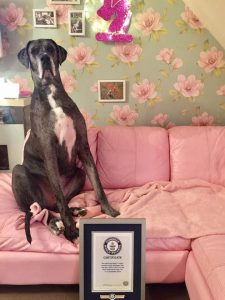 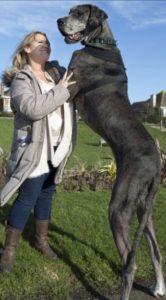 Freddy’s owner, Claire Stoneman, a 41 year old, from Leigh-on-Sea, Essex, has strong affection for her pet, and his sister Fleur and has made them her priority. 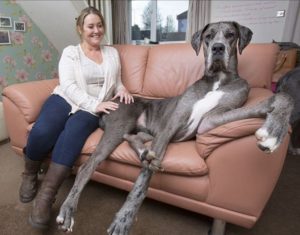 She spends a whopping £10,000 per year on food for her pets, explaining: “Every day he has 1kg of minced beef, 250 grams of casserole steak and about 300 grams of liver.”

“As a puppy, he was the runt of the litter, I actually got him a couple of weeks early than I should have done as he wasn’t feeding off mum,” she explained.

“I had no idea he was going to get this big at all.”

Miss Stoneman said: ‘They are children to me… because I haven’t had any kids.’

Skinniest Person in The World

How to Check Baba Ijebu Result via USSD Code in 2020