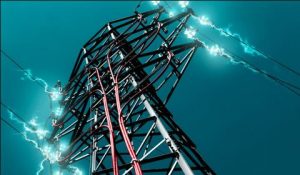 Electricity exists on it own, naturally. It was never invented but someone must have discovered and understood it. Benjamin Franklin comes into the picture.

Benjamin Franklin was a great thinker and a scientific enthusiast. His curiosity knew no bounds and this led him to several discoveries and inventions. Electricity, become one of his curiosity in the mid-1700s.

Before Franklin delved into electricity research, static electricity was frequently experimented and researched by scientists of his time. So, Franklin created an innovation in that field by his musing about the positive and negative element by which energy flowed.  He also had an idea about the relationship between lightening and electricity.He proved this in 1752.

Franklin laid the foundation for other scientists to understand and research into electricity including Thomas Edison and Tesla with their outstanding inventions.

Others who worked to bring the use of electricity to where it is today include Scottish inventor James Watt, Andre Ampere, a French mathematician, and German mathematician and physicist George Ohm.

And so, it was not just one person who discovered electricity. While the concept of electricity was known for thousands of years, when it came time to develop it commercially and scientifically, there were several great minds working on the problem at the same time.

Electricity is the set of physical phenomena associated with the presence and motion of electric charge. Although initially considered a phenomenon separate from magnetism, since the development of Maxwell’s equations, both are recognized as part of a single phenomenon:  electromagnetism. Electricity is all around us–powering technology like our cell phones, computers, lights, soldering irons, and air conditioners.